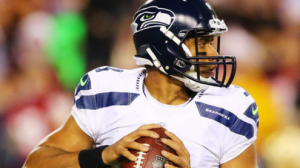 The Seattle Seahawks are 2-0 and 1-0 at home where it faces the New Orleans Saints in Week 3. The Seahawks are 5-point favorites in the game, which kicks off at 3:25 PM (Central) Sunday on CBS. The over/under is set at 44 total points according to NFL oddsmakers at bookmaker 5dimes.

Seattle thus far has defeated the Cincinnati Bengals and Pittsburgh Steelers in Weeks 1 and 2. Thus far, Russell Wilson has been accurate and good. He has thrown 43 of 55 for completion, 78.2 percent, with 495 yards and five touchdowns through two games. He has been sacked four times per game for an average loss of 30.5 yards per game, but his passer rating is still a noteworthy 134.5. His top targets have been DK Metcalf, Tyler Lockett, and running back Chris Carson. Metcalf has caught seven passes for 150 total yards and a  touchdown, while Lockett has caught 11 of 14 targeted looks for 123 yards and a touchdown. Carson has rushed 30 times for 106 yards and a TD, but he has caught nine passes for 61 yards and a touchdown, as well.

Rashaad Penny leads the team in yards-per-carry with 5.0 on his 16 attempts for 80 yards and a touchdown. Wilson has had some success, rushing 10 times for 30 total yards, with a long-rush of 15-yards. Seattle’s defense has been anchored by Bobby Wagner and Tre Flowers, who have each picked up 11  solo tackles on the season. Quinton Jefferson has two sacks for 14-total yards lost and three tackles-for-loss. He has been a monster at defensive tackle.

The New Orleans Saints won Week 1, 30-28 over the Houston Texans. It fell 9-27 to the Rams in Week 2. The Saints find itself underdogs in Week 3, as it tries to recoup from a bad loss in Week 2.

Teddy Bridgewater threw 17 of 30 for 165 yards, but he averaged just 5.5 yards-per-catch, and he threw no touchdowns while incurring two sacks for 16-lost-yards. Alvin Kamara was limited to 45 rushing yards and one catch for 15-yards, and Latavious Murray rushed five times for seven yards. The star of the receiving core was Michael Thomas whose 10 catches totaled 89 yards, but the Saints did not throw any TD passes in the game and the team had just 10 catches outside of the ones from Thomas, as well. Meanwhile, the Rams threw for 283 yards an rushed for 115, while Jared Goff threw 19 of 28 and averaged over 10 yards-per-completion.

Bridgewater threw for 3,231 yards in 2015 while completing 65.3 percent of his passes, with 14 touchdowns and nine interceptions. The Vikings are hoping he can return to something close to that form, though he really has not been a full-time quarterback in over three seasons. Bridgewater also rushed for 192 yards in 2015 and 209 yards in 2014, so his mere five yards on two attempts thus far this year is something of a disappointment from the mobility he used to display regularly.