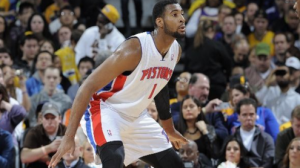 The Brooklyn Nets are 19-26 but still in current possession of the No. 8 seed in the East. It leads Detroit by 3.5 games with a chance to take that to 4.5 as it enters tonight’s ESPN matchup as 7.5-point favorites. The game will air at 6:30 PM CST and it has the point total set at 228.5 according to NBA oddsmakers at 5dimes.

Brooklyn enters as losers of seven of its last 10 SU. The Nets are 19-26 but still very much in the playoff chase, indeed lodged in the No. 8 spot in the East. Brooklyn is in the chase, but the real question most have is “Did Kyrie Irving actually make the Nets a better team?”

The Detroit Pistons have lost its last three and are just 17-31 on the season, trailing the No. 8 Brooklyn Nets by 3.5 games for the East’s final playoff spot. Detroit has battled a host of injuries in 2019-20, and other than the strong play of Derrick Rose, there are not an abundance of feel-good stories revolving around the Pistons.

Rose, though, has been nothing short of All-Star level. He leads the team in scoring at 18.8 points per game while also leading in assists (6.0). It has somewhat helped cushion a less than stellar performance from his teammates.

Andre Drummond has had a solid season at 17.3 points and 15.6 rebounds per game, but the Pistons fall off fast after that: Blake Griffin has played in just 18 games and has hardly been productive. Luke Kennard has come on finally at 2-guard, but the Pistons have also only got five games out of starting point guard Reggie Jackson (who probably lost at least a significant chunk of his playing time to Rose, at any rate).

The Pistons have an odd appearance of depth at first glance, but the second unit really has not fared well against opponents. Bruce Brown has made some strides his sophomore season and has started 35 games while averaging 8.8 points and 3.9 assists per game, but the Pistons seem to be a team that should likely be on the verge of mixing things up at the trade deadline. The team has not been in contention in several seasons and is making little progress with its core so dependent on Drummond and Griffin. Griffin showed signs of being a major fit in Detroit, but he has had issues staying healthy and the Pistons lack chemistry, which will make re-integrating him a move that doubtfully aligns Detroit with the playoff picture.