The Philadelphia Phillies (29-31) and Baltimore Orioles (32-26) will continue a three-game interleague series on Saturday afternoon at Camden Yards, with the first pitch scheduled for 4:05 ET

END_OF_DOCUMENT_TOKEN_TO_BE_REPLACED 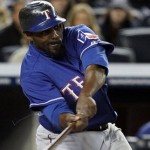 END_OF_DOCUMENT_TOKEN_TO_BE_REPLACED

Both teams are coming off disappointing defeats in starting a crucial three-game series in Arlington. 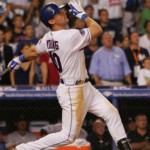 Boston will look to rebound from a disappointing 6-5 loss to the Toronto Blue Jays on Thursday in Toronto, as closer Jonathan Papelbon suffered his sixth blown save of the season.  “I didn’t have much power or energy in my delivery today,” said Papelbon.  The Red Sox are now 4-3 on their current 10-game road trip and have fallen four games back in the wild card race behind the Rays.  The collapse of the bullpen was unusual, with the unit posting a 1.57 ERA over its last 15 games and the closer’s 0.75 ERA in 24 previous appearances against the Blue Jays.  The club is 10-5 as a road underdog of +100 to +125 this season (+600) and the total is 7-7 O/U in those contests.  Boston is just 7-6 over the course of this month, but is a fantastic 41-27 in August the last three years (+900).

END_OF_DOCUMENT_TOKEN_TO_BE_REPLACED

The Tigers dominating win streak over the Rangers at Comerica Park ended last night, but the team may be primed to start another. 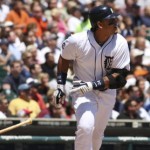 Texas has won 13 of its last 16 games on the road and snapped an 11-game losing streak in Detroit with an 8-6 victory.  Outfielder Nelson Cruz’s 14th inning home run allowed the Rangers to win their fourth in five games and extend their lead to five games in the AL West.  The club is 7-9 in July (-1,100), but still carry the league’s third-best overall record and fifth in the Majors.  Despite Monday’s victory, it’s important to note the team has still been outscored 90-35 in its last 12 games at Comerica Park.  The Rangers have been a road favorite of -125 to -150 just seven times this season (4-3, Even) and 15 times over the last three years (8-7, -130).

END_OF_DOCUMENT_TOKEN_TO_BE_REPLACED 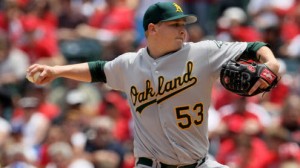 END_OF_DOCUMENT_TOKEN_TO_BE_REPLACED

The Rangers are marked as a home underdog on Saturday afternoon, as they host the best team in Major League Baseball.

Tampa Bay is currently 2-2 on its current road trip after dropping the series opener at Texas, 9-6, at the Ballpark in Arlington.  Friday night’s defeat dropped the team to 26-3 on the year when producing five or more runs at the plate.  The Rays are still a dominating 21-7 on the road (+1,400), as only six major league teams have had a better road record after 28 games since 1900.  The team has outscored opponents 166-89 away from Tropicana Field.  Tampa is now 2-1 this month, but has compiled an impressive 37-18 record over the last three years during June (+1,790).  Total bettors need to be aware that the pitching staff has allowed only 198 runs this season, the fewest in the American League (25-28 O/U).