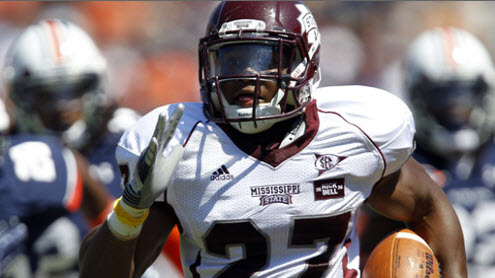 Bowling Green has rolled with relative ease this season, but the Falcons have yet to be tested as they will be this week against the 2-3 Mississippi State squad, which finds itself 11-point favorites according to college football oddsmakers at Bovada, as the SEC squad is considered much tougher MAC opponent.

Bowling Green has racked up impressive statistics against the likes of Tulsa, Kent State, Murray State, Akron and UMass; but the team lost badly, 42-10, to the Indiana Hoosiers. In the loss to the Hoosiers, Bowling Green gave up 601 yards – 335 in the air and 266 on the ground – and allowed the Hoosiers to convert 8-of-13 third-downs. That kind of performance against a program like Indiana is what renders the Green Falcons big underdogs against Mississippi State.

The Bulldogs of Mississippi State lost both their appointments to the tough ranked squads of Oklahoma State and LSU, but managed to win two of their three games against non-ranked opponents, with the loss being another to SEC foe Auburn.

While it’s hard to project the success of a squad that has either faced very good or very bad competition, the Bulldogs did put up 51 points on Alcorn State and 62 on Troy, so there is some potential for scoring. Even scoring 26 on LSU can be consisted as something, though the Bulldogs lost the game 59-26.

Dak Prescott has been pretty mediocre this season with a completion ratio of just 53.3 percent and only three touchdowns (2 INTs). He’s had more success rushing the ball than throwing it, as he’s ran for 318 yards on 49 carries.

LaDarius Perkins, Josh Robinson and Ashton Shumpert have all rushed for over 100 yards, and the Bulldogs should be able to utilize this array of ball carriers to carve up the Bowling Green defense. Prescott may even have more success passing against that secondary, which Indiana exploited so easily.

Check out our paid pick plans for the 2013 NCAA football season here at Maddux Sports!