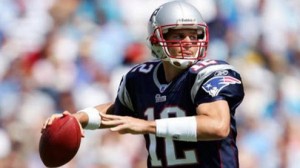 The New England Patriots only got stronger when it picked up Antonio Brown following his departure from Los Angeles, and now the receiver could be due to debut in Week 2, as he has traveled with the team to Miami to face the Miami Dolphins at Noon (CT) on CBS Sunday.

The Patriots won 33-3 over Pittsburgh in Week 1, and it is 19-point favorites over Miami on the road in Week 2. The betting total is set at 48.5 points according to pro football oddsmakers at 5dimes.

The Patriots dismantled the Steelers in Week 1 behind 341 yards from Tom Brady, who completed 24 of 36 while throwing for three TDs and suffering just one sack (for seven lost yards). The Patriots also rushed 29 times for 99 yards, with Rex Burkhead leading all rushers with 44 yards on eight attempts. James White rushed four times for 26 yards. The Pats did not score a rushing TD, but it scored three via the pass, with Philip Dorsett leading the team in TD catches (2) and yardage (95). Julian Edelman had a team-high six catches for 83 yards, and Josh Gordon caught three for 73 yards and the other receiving TD.

New England’s defense limited Ben Roethlisberger to 27 of 47 passing and intercepted him once. It also held the backfield to just 2.5 yards-per-carry, as James Connor managed just 21 yards on his 10 rushes. Though New England had just one sack and 1.5 tackles-for-loss, it kept good pocket pressure and Roethlisberger was not able to take his time in the pocket. The best takeaway was how the Pats stopped the Steelers’ rush. Jason McCourty led the defense in tackles with seven (6 solos) and five others had six tackles or more.

The Miami Dolphins were embarrassed in its home opener in Week 1. It trailed 42-10 at the half, and it was held scoreless in the second half while allowing 17 more Ravens points. Ryan Fitzpatrick completed under 50 percent of his passes while averaging just 6.4 yards-per-reception en route to 185 yards, 0 touchdowns, and an interception. He was also sacked twice. The Dolphins got just 21 yards via the rush, with Kenyan Drake picking up 12 of those on his four carries. Kalen Ballage led the team in attempts (5) and was also last in yardage (-1).

Wide receiver DaVante Parker caught three passes for 75 yards, but he was targeted seven times. Mike Gesicki made good on just 2 of 6 targeted passes, finishing No. 2 with 31 yards. Baltimore’s defense had three sacks and seven tackles-for-loss, while Earl Thomas and Marlon Humphrey of the Dolphins both came up with interceptions. Overall, the Miami offense was so poor there is little momentum to build on going into a matchup with the annual contender that is the Patriots.

Oddsmakers are right for the 19-point disparity, but the Dolphins could manage to make this closer by at least playing competently offensively, which it did not do against the Ravens who more or less dominated every aspect of the teams’ Week 1 collision.