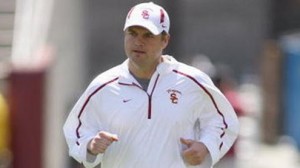 The head coaches get all of the attention in the NFL, but who they hire as coordinators has at least as much bearing on the on-field success of the team as their own performance. Coaches all have different styles, but for many teams the head coach acts as the CEO who oversees operations, and it’s the coordinators who actually work with the players, implement the strategy, call the plays, and have the direct impact on the outcome of games. The media tends to spend most of their time dwelling on head coaches, though, spending the limited coordinator time they do have on the high profile stars. By looking beyond those big names and getting a sense of some of the significant under the radar coordinator moves that have been made in the offseason bettors can have an edge over those who aren’t paying attention. Here are three significant coordinator changes that you’ll want to consider as you prepare for this upcoming NFL season:

END_OF_DOCUMENT_TOKEN_TO_BE_REPLACED

An interesting stat I saw today – the three teams that fired their offensive coordinators right before the season (Bucs, Bills, and Chiefs), have combined to go just 1-11 so far, and that one win only came when two of them met (the Bills beat the Chiefs). That’s not exactly a ringing endorsement for making a change. Of course, it’s not likely that they would have been significantly better with the original OCs still in charge. We’ll have to wait longer to properly analyze this one.