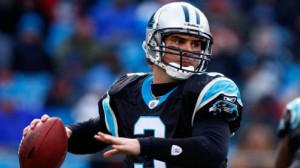 The Carolina Panthers have had an awful preseason. In their first two games the Panthers have not been able to score an offensive touchdown. First-string, second-string, third-string, whatever-string – no offensive touchdowns in two games. Not good. The lone Panther touchdown came on a 31 yard fumble return by C.J. Wilson in week 1 against the Baltimore Ravens. Then John Kasay missed the PAT. It has been that kind of preseason for the Panthers.

END_OF_DOCUMENT_TOKEN_TO_BE_REPLACED

The Kansas City Chiefs have seemingly completed the transition to “New England Patriots West” in the offseason with the addition of offensive coordinator Charlie Weis and defensive coordinator Romeo Crennel, both of whom did not enjoy the same type of success on their own as they did under Bill Belichick.  Kansas City GM Scott Pioli has worked hard on re-assembling the same components that played such a vital role in helping the Patriots win three Super Bowl titles in his first two years with the team after coming over from New England and believes his actions will eventually translate to a return to the playoffs.  Pioli’s moves started a year ago with the acquisition of QB Matt Cassel and LB Mike Vrabel along with the hiring of another Belichick disciple in head coach Todd Haley, who served as offensive coordinator of the Arizona Cardinals during their run to the Super Bowl.  The Chiefs are coming off an outstanding draft that included the selection of All-American S Eric Berry from Tennessee and multi-purpose RB Dexter McCluster from Mississippi and also added veteran RB Thomas Jones, who led the New York Jets with a career-best 1,402 yards and 14 touchdowns last year.

END_OF_DOCUMENT_TOKEN_TO_BE_REPLACED

The big question for the Pittsburgh Steelers going into their preseason opener against the Detroit Lions is, will we see QB Ben Roethlisberger?  Steelers head coach Mike Tomlin refused to comment on whether or not the troubled signal caller will play, but his team will still enter the game as home favorites at -3 on the NFL point spread regardless.  Unlike his predecessor Bill Cowher, Tomlin has been an outstanding coach in the preseason with a 10-3 career mark.

END_OF_DOCUMENT_TOKEN_TO_BE_REPLACED 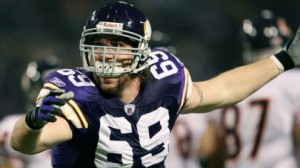 NFL teams are absolutely obsessed with the defensive line. Finding players who can consistently provide pass rushing pressure is very hard to do, but teams use a lot of draft picks and spend millions on free agents in an attempt to do so. A team that can pressure the quarterback gets all sorts of attention form the public and the media. One that can stuff the run is a bit more under the radar, but no less valued by team management. The best way for a defensive front to provide apply pressure is a topic of much debate and contention, and there are about as many advocates of 3-4 schemes as those that back a 4-3.