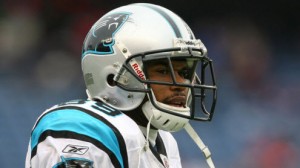 The weekly NFL recap for this week saw 4 major stories, all of which could have an impact on handicapping this years NFL season.  With week 1 NFL games a little over 2 months away it is important to keep up to date with this news and at it to your betting arsenal.

New York Giants rookie safety Chad Jones suffered serious injuries when he crashed his SUV into a pole Friday. He sustained nerve damage in his leg, and there was talk of possible amputation.

The 21-year-old underwent successful surgery for seven hours Friday, and it doctors are positive that amputation is not needed. Jones will miss the entire 2010 season because of the injury, and his future in football – or any sports for that matter – is unclear.

The Giants picked the safety out of LSU, where he was part of the 2007 championship team. He was also a left-handed reliever for the LSU baseball team that won the 2009 College World Series. The MLB’s Milwaukee Brewers drafted Jones two months after he had been picked by the Giants. Jones chose football over baseball and signed with the Giants two weeks ago.

Vick not present during shooting outside nightclub

Philadelphia Eagles quarterback/wildcat specialist Michael Vick wasn’t involved in a shooting that took place at the nightclub where he celebrated his birthday. Virginia police is not interested in Vick, who apparently had left the club before the shooting occurred.

The NFL and the Eagles will investigate the events and act accordingly. Vick has been under a close watch by the NFL after he was reinstated last July. The reinstatement came after a two-year suspension following his involvement in a dog-fighting ring.

Vick didn’t see much playing time last season, and was mostly used in the wildcat. He had a breakout game of sorts when he got more minutes against his former team, the Atlanta Falcons. He ran for a score and threw a touchdown pass to Brent Celek in Philadelhia’s 34-7 win.

Vick unleashed a 43-yard pass to Reggie Brown and showed that he still has a good arm. With Kevin Kolb taking over the starting job in Philadelphia, it will be interesting to see what Vick’s role in 2010 will be.

Four-time Pro Bowler Steve Smith broke his left forearm playing flag football and will miss at least part of the Panthers’ training camp. The wide receiver tried to break his fall in a flag football game and instead broke his arm.

Smith said he felt bad for hurting his arm in the game, but criticized reporters who said he should have used better judgment in selecting his offseason activities. While he will be ready to start the season, missing training camp could have an impact on his performance in the upcoming season.

The Panthers revamped their team, cutting ties with long-time quarterback Jake Delhomme. Matt Moore, who played surprisingly well last season with Delhomme out, could get a chance at starting.

However, the Panthers also drafted Jimmy Clausen, who is coming from a pro-style offense in Notre Dame. He could be ready to step in right away and get the nod to lead the young team. No matter who will get to start, the new quarterback will suffer from not being able to get the full preparation time with No. 1 receiver Smith.

The St. Louis Rams re-signed veteran safety Oshiomogo Atogwe to a five-year $32 million deal, three weeks after he had become a free agent. Atogwe has started in 60 of his 72 games and is crucial to the Rams’ secondary.

He has 19 interceptions and 19 forced fumbles in his career. He recorded 74 tackles last season, picked off two passes and forced three fumbles. He also recorded a sack.