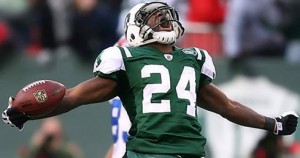 NFL weekly recap July 5th-July 11th.  As usual this weekly edition of NFL news will include Michael Vick once again.  There were also a few contract signings as well as more news on superstar corner Darrelle Revis prepared to sit out training camp until he gets a new contract.  Onto the weekly news.

Vick not allowed travel out of Pennsylvania

In the wake of the shooting that took place outside a bar where Michael Vick had celebrated his 30th birthday, the Eagles quarterback has been barred from traveling out of state. Vick now has to have all of his travel plans approved.

While this shouldn’t be a problem during the season, as authorities surely won’t keep him from earning a living, he could face serious problems if he were to travel without approval. A prosecutor confirmed that Vick wasn’t involved in the shooting, but he said that the quarterback had a part in an altercation that occurred prior to the shooting.

Vick is on probation for his involvement in the dog fighting ring, and any slip up could result in an arrest. He is also under a close watch by the league and it remains to be seen whether the altercation will trigger any action from Roger Goodell.

Washington Redskins starting right guard Mike Williams will most likely miss the entire 2010 season after doctors found blood clots near his hear. The 30-year-old was recently hospitalized because of this condition.

Williams started eight games at right guard last year after missing the 2007 and 2008 seasons. He was drafted by the Buffalo Bills as the fourth overall pick in the 2002 draft. After a brief stint with the Jacksonville Jaguars in 2006, he was out of football for two year. He moved from tackle to guard when he joined the Redskins last year.

Atlanta Falcons linebacker Robert James has been suspended for four games for violating the league’s policy on performance enhancing drugs. James was drafted by the Falcons in the fifth round of the 2008 draft and missed the entire 2009 season due to a concussion he suffered in training camp.

The Falcons drafted Sean Weatherspoon in the first round of this year’s draft. They are set at linebacker with Curtis Lofton, Mike Peterson, Stephen Nicholas, and Coy Wire, who played mainly on special teams, but was drafted as a lineman. James would have added depth, but shouldn’t be a big loss in those four games

The Tampa Bay Buccaneers have signed veteran guard Keydrick Vincent to a two-year $4.5 million contract. Vincent went undrafted in 2001, but was a starter for the Carolina Panthers last season.

The 325-pound offensive lineman has played for Arizona, Baltimore and Pittsburgh in his nine years in the league.

The Cleveland Browns have signed veteran wide receiver Bobby Engram to add depth to their receiving corps. Engram enters his 15th season in the NFL, and will provide veteran leadership more than a real threat on the field.

He played in only five games last season for the Kansas City Chiefs and caught five passed for 61 yards. His numbers have been on a steep decline since he scored six touchdowns and hauled in 94 passes for 1,147 yards for the Seattle Seahawks in 2007.

Cornerback Darrelle Revis, arguably the best cover corner in the league, is prepared to sit out training camp, if the New York Jets don’t increase his salary dramatically. He is still on his rookie-deal and is scheduled to make one million dollars in 2010.

Revis is trying to become the highest paid cornerback in the league, which would require the Jets to top the three-year $45.3 million extension that Oakland Raiders’ corner Nnamdi Asomugha signed last offseason.

Left tackle D’Brickahaw Ferguson has signed a six-year, $60 million extension with the Jets. He had one year plus a one-year option left on his rookie contract and was scheduled to make $13 million over those two years.

Ferguson is an important piece in the Jets’ offensive line and the signing allows him to concentrate on the training camp and on getting ready for the season.