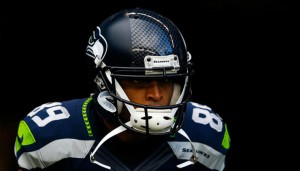 The Seattle Seahawks improved to 2-1 with a week 3 victory over the San Francisco 49ers. Seattle now travels to face the New York Jets as 0.5-point favorites according to NFL oddsmakers at 5dimes.

The Seattle Seahawks are listed at a money line of -120 with the Jets at +100, and the over under is set low at just 19.5 points for the game which will air at Noon (CT) on FOX.

Russell Wilson is battling some injuries (knee among others), but he is likely to play and though he is a bit slowed he is still likely to be effective given his proven durability. Wilson has thrown for 755 yards through three games with two TDs and one interception (1%). He has been sacked seven times, but his passer rating is 88.5, which is down from last season’s outstanding 110.1.

Wilson has been over 100 in passer rating three of his first four NFL seasons and last year he was good for 34 TDs with just eight interceptions. He has kept his picks in single digits every season except his 2012 rookie year. The Seahawks have a good one, and his resolve in keeping his active streak of not missing a game going is admirable. Wilson has played 67 of 67 football games and keeping that streak alive clearly means something to his pride and confidence.

In the backfield, Christine Michael has been very good. He has 232 yards on the season with two TDs, 10 first downs and an average 5.2 yards per carry. No other Seahawks has had many touches nor much success. Michael has scored the only two rushing TDs.

Seattle’s sixth-year receiver Doug Baldwin is coming off a career year and off to another good start. Last season he caught 78 passes for 1,069 yards and 14 TDs, and this year he is already at 276 yards through three games including two TDs. He has caught 20 of 28 targeted passes and is averaging 14.0 yards per reception over his NFL career. Seattle also targets Jimmy Graham, Tyler Lockett and Jermaine Kearse fairly often. That trio has combined for 358 yards on 26 total catches, but Baldwin has 20 just by himself. The Seahawks are basically a three-man team offensively with Wilson, Baldwin and Michael most responsible for moving the chains.

The New York Jets are 1-2 and lost badly in Week 3, falling 24-3 on the road at Kansas City. Week 2 was a road win over Buffalo, but this will be New York’s first home game since its 23-22 disappointing loss to the Cincinnati Bengals.

The Jets have got mediocre quarterback play out of Ryan Fitzpatrick. He is throwing just 55.8 percent for completion with a paltry 6.6 yard per attempt average. He has a long pass of just 37-yard with three TDs and seven (!) interceptions. He has been sacked just twice, but he has also had minimal success rushing the football with just an average of four attempts per game and 58 total yards on the year.

Matt Forte has been a workhorse with 67 carries on the year, but he averages just 3.9 yards per attempt and has only 12 first downs recorded through three games.

The Jets also have not been particularly accurate, which renders its top receiver just 9 of 21 on targetted passes, as Eric Decker has 194 total receiving yards and a 21.6 yards per catch average, but he is dealing with a rotator cuff injury and is unlikely to play in this game. He has caught five passes for more than 20 yards and all nine catches have resulted in first downs, so he will be missed this week by the Jets.

Quincy Enunwa has caught 17 passes for 183 yards and the second-year receiver from Nebraska had a good game against Buffalo when he caught 6 of 6 targeted passes for 92 yards. He has been good this season, but last week was rough when he caught just 4 of 11 targeted passes for 37 total receiving yards. The Bills are not a dominant offensive team, and it is a fair expectation that the slight favorite Seattle emerges as victors in this game.