Posted on September 24, 2017 by Brett David Roberts in Headlines,NFL 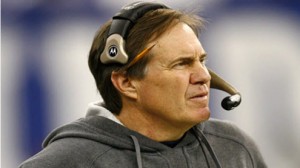 The New England Patriots suffered a tough Week 1 loss to the Kansas City Chiefs, but it bounced back in Week 2 to defeat the New Orleans Saints 36-20 and even its record to 1-1 on the young season.

This week the Pats will host the Houston Texans as two-touchdown favorites at Noon (Central Time) Sunday on CBS. The over/under for the game is set at 45 total points according to NFL oddsmakers at bookmaker Bovada.

Last week, Tom Brady and the Patriots got it going like it was unable to in Week 1, and the offense returned to its usual, dominant ways. Brady again looked himself after struggling in the opener, as he threw for 447 yards on 30-of-39 passing, throwing three TD passes and posting a passer rating of 139.6.

The Pats backfield was steady if unspectacular, with 119 total yards on 31 attempts (3.8 yards per), and Mike Gillislee led the way with 69 yards on 18 attempts, with a TD rush included. Tight end Rob Gronkowski had 116 yards on six catches with a TD, and three other Patriot receivers caught for 68 yards or more, with Chris Hogan and Rex Burkhead both catching passes for touchdowns.

The Patriots were not overwhelming defensively, but the Saints were unable to rush into the end zone, and Drew Brees’ 356 passing yards were largely hollow despite throwing 27 of 45 for a pair of TDs. The Saints struggled with field position and though New England’s defense was ineffective at times, holding New Orleans to just 20 points with only one sack and three tackles for loss was a feat.

The Saints’ rookie Alvin Kamara did have three good kick returns for 71 total yards, but New England kicker Stephen Gostkowski was a perfect 3 of 3 on field goals, all short, with the longest being just 28-yards. The Patriots led 30-13 at the half, and the second half was of relative insignificance as the Pats scored two field goals to run away with the 36-20 win.

The Houston Texans won 13-9 over the Cincinnati Bengals to improve to 1-1 on the season after suffering a Week 1 loss to Jacksonville. Deshaun Watson ran for 49 yards and a TD in his first NFL start, and the Houston Texans clinched the game on a late field goal. Watson threw 15 of 24 for 125 yards, but he was sacked three times for 27 lost yards, and outside of his rushing, the backfield was not as effective. Lamar Miller had 61 yards but took 18 attempts to get it, and D’Onta Foreman was good for only 40 yards on 12 attempts.

Houston averaged 4.8 yards per attempt, but the running backs were good for only 3.3 per rush. The Houston defense did hold Andy Dalton without a TD pass and sacked him three times, while the Bengals rush offense was largely ineffective, no one going for more than 36 yards and the team mustering just 82 yards at a rate of 3.4 per-carry. Of course, translating that success to stop Gillislee could be tougher.

Though Gillislee has not been picking up mass yardage-per-carry, he has been an end zone threat with four TDs already on the season. He has also rushed for nine first downs. The New England Patriots are really just getting going, and with the Texans offense battling an assortment of injuries, it does not bode well for Houston.

The Patriots Bill Belichick has never lost to a rookie quarterback like Deshaun Watson is, having posted an 8-0 mark in his career against rookie quarterbacks. Patriots TE Gronkowski needs just one TD pass to become the fifth player in NFL history with 70 TD receptions in less than 100 games. The Patriots are heavy favorites in this, but it is tough to wager that the team manages to win by more than two touchdowns. Expect New England to win this one by more around 10-points, as the Texans simply lack the offensive strength to keep pace with the legendary Brady.