Posted on December 17, 2013 by Brett David Roberts in College Basketball,Headlines 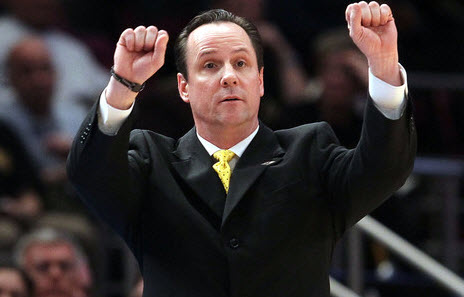 The No. 11 ranked Wichita State Shockers have begun the season 10-0 and have won 9 of the 10 games by nine points or more. Tonight, that is expected to be a bit different as the squad faces off against a tough SEC team in Alabama. College basketball oddsmakers at Bovada favor the Shockers still by 2.5 points on the road.

The Shockers have four players averaging double figures, led by Ron Baker’s 14.6 points per game. Cleanthony Early drew a lot of attention in the NCAA tournament last season and he’s been very good for Wichita thus far too, with 14.2 points and 6 rebounds per game in 27 minutes a night.

Wichita is a bit short on depth and its starters log big minutes, which could be a problem against a lot of the better teams which sport solid nine and ten man rotations. But the Shockers have been very good in March and that’s what has propelled the program to the pinnacle its now reached.

Alabama is just 5-4 on the season, but the schedule has been reasonably tough. The Crimson Tide have taken advantage of the gifts in the schedule but have yet to beat a quality opponent. The Crimson Tide aren’t passing the ball very well, either, ranking near the bottom of all D-1 schools in assists per game (11.3).