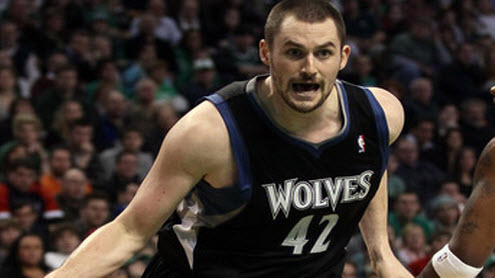 The Portland Trail Blazers are 35-15 on the season and sit third in the Western Conference. The Blazers are 16-10 on the road this season and will travel to Minnesota to face the Timberwolves in a game NBA oddsmakers at Bovada are favoring the Trail Blazers by 1-point.

The Timberwolves have dropped its past two contests and are currently 5.5 games behind Dallas for the eighth seed in the West. Most at this point figure it is a foregone conclusion that Kevin Love leaves in free agency.

Love will start for the West in the All-Star game and is posting gaudy numbers again, averaging 25.6 points and 13.3 rebounds per game. Love pairs nicely with Nikola Pekovic, but the tandem is a bit slow afoot, and the TImberwolves a horrible team in transition defense. Love is dealing with a stiff neck but is expected to play. Pekovic hasn’t played since Jan 27 and has bursitis in his ankle. There’s no time table on his return.

Kevin Martin has proven to be a good and timely signing. The shooting guard is averaging 19 points per game and is a steady source of offense. Corey Brewer is doing well in his second career stint as a T-Wolf, averaging 11.2 points and 1.6 steals per game.

Ricky Rubio still needs to develop a more consistent shot and offensive game, but his playmaking skills are very good obviously and he is averaging 8.2 assists per game this season. The Wolves would be the third best team in the East, but in the West it is likely a trip to the lottery for this team.

Portland has rallied to all the doubters who claimed the team was not elite. The Blazers defeated San Antonio and Oklahoma City and has shown it is not a fluke. Damian Lillard will participate in five All-Star events next weekend, and he’s taken on a strong role with LaMarcus Aldridge. The Blazers have one of the most talented tandems in the league, but if anything many lack depth and defense.