Posted on January 19, 2014 by Brett David Roberts in Headlines,NBA 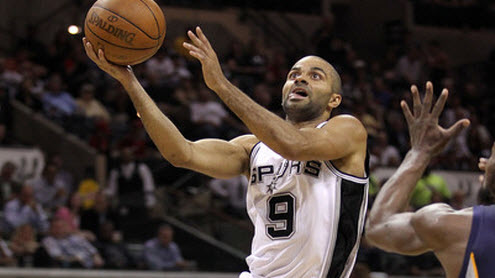 The Milwaukee Bucks are owners of the league’s worst record at 7-32 and traveling to face the San Antonio Spurs probably won’t help the Bucks end the eight-game skid its currently on. NBA oddsmakers at Bovada favor the Spurs by 15-points in a game that may not be close from the very beginning.

Milwaukee decided over the offseason that its backcourt of Brandon Jennings and Monta Ellis was not worth the cost it took to retain them. The replacement backcourt of Brandon Knight and O.J. Mayo has been nowhere near as effective, and the Bucks rank dead last in the NBA in scoring.

The Bucks are not a team without hope, however. Rookie Giannis Antetokounmpo has impressed in stretches, to the point that SB Nation writer Evan Dunlap named the Greek forward the “new” No. 1 pick if the draft were re-done today. Drafted 15th overall, Antetokounmpo may end up being the steal of the 2013 draft when it is all said and done.

Along with G.A., the Bucks also have been impressed with second-year forward UNC product John Henson. Larry Sanders, too, has immense value as a defender, but he has appeared in just 14 games this season thus far. The result of having a number of rawer, athletic players is that the present is just awfully bleak.

And San Antonio won’t be taking pity as it tries to climb the standings. The Spurs are tied for the best record in the West with Oklahoma City and the team has won eight of its past ten. Most impressively, the Spurs are 20-7 against the Western Conference, by far the stronger of the two.

For all the talk of the Spurs being an old team, Gregg Popovich finds a way to limit his players minutes while still maintaining excellence. Tony Parker leads the team in minutes at 34 per game, and the Spurs depth and team cohesion will once again render it among the favorites to upset the reigning champion Miami Heat. It almost happened last year, after all.