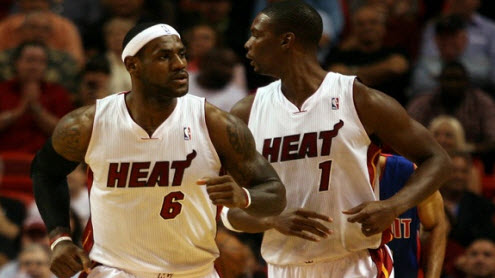 The Miami Heat have won three straight over New York, Detroit and the L.A. Clippers, and will look to extend that win streak in a game NBA oddsmakers are heavily favoring the Heat over the Utah Jazz. NBA odds rendered the Heat as 10-point favorites at Bovada entering action Saturday night.

The Heat are 35-13 and trail the Indiana Pacers by 3.5 games for the best record in the East. The Heat are 15-9 on the road this season and Utah is only passably competitive at Energy Solutions Arena (10-14).

The Jazz are the owners of the worst record in the West and the team has lost four straight. The Jazz have a -6.8 point differential and the team relies heavily on youngsters Gordon Hayward, Trey Burke and Derrick Favors.

Ostensibly, the Jazz have some nice pieces and the team does own its own lottery pick this season in the loaded 2014 NBA draft. Enes Kanter has been slow to develop, but the team clearly wasn’t going to get over the hump with Al Jefferson and Paul Millsap either, so the move to rebuild the cornerstones of the team certainly made sense. Favors has been a double-double machine, but it remains to be seen if he has a greater upside, if he can score 20-plus. He’s been dealing with a sore hip but is expected to play.

The Heat are getting 61.6 points per game from its big three, but LeBron James’ numbers are down across the board. James is still having an outstanding season, but his PER (29.1) is under 30 for the first time since joining Miami.

Dwyane Wade has battled a series of nagging injuries, and his health is imperative if the Heat are to take down the Indiana Pacers. Wade is averaging 18.7 points, 4.7 rebounds and 4.7 assists per game while posting a PER of 21.5. This may be the Heat’s final run, as currently constructed, so expect LeBron and company to gain focus as the playoffs near.