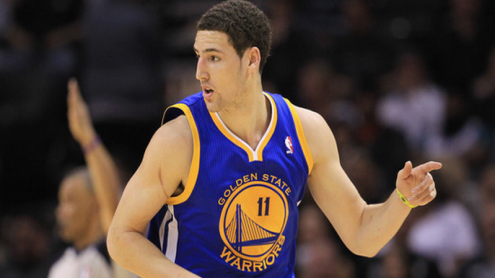 Golden State is 30-20 on the season and the team has won five of its past 10. The Warriors will travel to Phoenix to face the 29-20 Suns, who currently trail Golden State by half a game for the sixth seed in the West.

The Suns are 16-8 at home this season, but Golden State has been exceptionally good on the road (15-9). NBA oddsmakers at Bovada favor the Suns by 4.5-points and the point total is set high at 209, in response to the high scoring offenses of both teams.

Golden State has revolutionized its defense under the guidance of Mark Jackson. The Warriors have the 8th stingiest “D” in the league, allowing 98.6 points per game. The offense hasn’t been as potent as in years’ past, but the Warriors still score 102.9 points per game (11th best in NBA). The backcourt is the main reason for the Warriors success: Stephen Curry and Klay Thompson are both elite shooters. The Warriors also have talent at every position and good depth.

Andrew Bogut will not play due to a shoulder injury and David Lee is also out with a shoulder issue.

Realistically, playing fact or fiction with the Suns and Warriors as potential contenders, would render the Warriors the legit threats in the West. Andre Iguodala and Klay Thompson are good perimeter defenders to put on the likes of Kevin Durant and LeBron James, and the Suns are a team that is just too reliant on flash in the pan offense.

The “nine seconds or less” approach likely won’t have great success in the playoffs, and for as good as the backcourt of Goran Dragic and Eric Bledsoe is, it lacks defensively against teams with bigger 2-guards. Bledsoe won’t be back until after the All-Star break after having surgery on a meniscus tear. The Suns are a team on the rise, but to think that it could contend with its weak defense and lack of frontcourt rim protectors isn’t logical.