Posted on March 12, 2017 by Brett David Roberts in Headlines,NBA 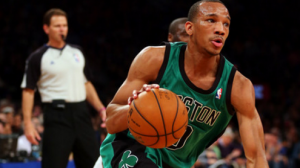 The Chicago Bulls have lost four-straight games and now sit a full game behind No. 8 seeded Milwaukee in the Eastern Conference standings. The Bulls travel to face the 41-25 Boston Celtics as 7.5 point underdogs Sunday afternoon at 2:30 CT on ABC.

The Bulls four-game losing streak has included losses to the L.A. Clippers, Detroit Pistons, Orlando Magic, and Houston Rockets. No game was closer than seven points, and Chicago lost 115-94 last outing against Houston. The Bulls appear to be locked into a free-fall, and getting back on track today at Boston has to be a priority if Chicago is to have any hopes of crashing the postseason party. In the loss to Houston, Jimmy Butler and Dwayne Wade combined to go 15 of 30 from the field, but the remainder of the team shot just 23 of 68 and Chicago was out-rebounded by five. In addition to that, Chicago also had 18 turnovers in the game. Houston shot just 41 percent from the floor but connected on 15 threes (while attempting 47). The Bulls just lack the firepower to hang with a club as offensively potent as the Rockets.

And that is one of Chicago’s primary problems. Outside of Butler and Wade, there just are not many great sources of offense on the roster. Bobby Portis has showed signs, but still is a bit raw. The bench is mortally weak, though Chicago does have a couple nice options to nurture at point guard with Michael Carter-Williams and Cameron Payne. Chicago moved away from Taj Gibson and Doug McDermott to obtain Payne, but the organization is very high on the Murray State product. As to whether Chicago’s future ultimately lies in the hands of Williams or Payne, it is tough to say, but it definitely does not lie in the hands of a declined and ineffective Rajon Rondo.

Boston is 21-9 at home this season and is coming off a 119-99 loss the the Denver Nuggets. The Celtics still lead Toronto by three-games in the Atlantic Division standings, a lead it should probabbly maintain with Toronto struggling a little without its starting point guard Kyle Lowry. The Celtics have a clearly limited “glass ceiling” with Isaiah Thomas at point guard, but with the leading scorer doing so much, particularly in the fourth quarter, it is a pill Brad Stevens has been forced to swallow.

Interestingly, Thomas said that if the C’s get the No. 1 overall pick (via Brooklyn) that the team should select point guard Markelle Fultz. Thomas is high, essentially, on what could be his replacement at the 1-spot. Of course, that is not to say Thomas would be pushed out of the league or anything bizarre, of course, but his role would certainly be diminished if the Celtics drafted the premier playmaker in the 2017 draft.

Thomas may be best suited as a Sixth Man at any rate, given his diminutive stature and penchant for scoring runs. The Celtics still are a few pieces away from being legitimate contenders, and it may be that the team “peaks” when one LeBron James meets his career decline. One would have to think that is GM Danny Ainge’s ultimate plan. For now, the Celtics simply are a very good and competitive team, but it is tough to imagine them holding their own with the Cleveland Cavaliers in a seven-game playoff series.

One reason for Boston’s mild disappointment has been Al Horford. He has shown vast signs of declining and is no longer an effective rebounder. Thought to be perhaps “the missing piece,” Boston has not made major strides with Horford as it starting center. The Celtics, as loaded as they are in the backcourt and on the wings, will have to look at other ways to upgrade its frontcourt rotation with Amir Johnson and Kelly Olynyk also being luckluster options in their own rights. Stevens can get blood from an orange, but his frontcourt options have been mediocre throughout his coaching tenure in Boston.