Posted on January 4, 2018 by Brett David Roberts in Headlines,NBA 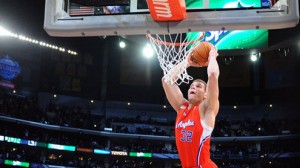 The Oklahoma City Thunder travel to Staples Center to face the Los Angeles Clippers in the second game of a TNT doubleheader Thursday night.

All-Star forward Blake Griffin has returned from injury, and he is playing well. He is also the lone focus of Clippers’ prop bets here at Maddux Sports.

We have also taken a peek at the Golden State vs. Houston game, with emphasis on Rockets’ guard Chris Paul.

UNDER. Eric Gordon is averaging 18.2 points over his past five games, but in the previous three he has averaged just 15.6 points per game. Over the 5-game span, he has been cold: 39.7 percent shooting and just 29.8 percent from three. Of course, this could be the game he breaks out against OKC, but if he continues to get the shots and miss? Well, you heard it here first- we stay UNDER on this.

UNDER. Chris Paul will be returning to play against his former team, but he has some inconsistencies we cannot ignore. Sure, Paul had 28 points and 10 dimes in the win over the L.A. Lakers, but that game reached a point total of 300. Against the Magic a few days later, Paul shot just 3 of 13 for eight points. The inconsistency is worrisome. Either bet the UNDER, or stay away altogether from this one.

PUSH. Chris Paul is averaging 17.5 rebounds + assists over his past two games, and that would lead to an under, but he had 20 total last game, and that could put him precariously close (either way) to the mark set by oddsmakers at Bovada tonight.

OVER. Russell Westbrook has been en fuego. He is averaging 31.8 points per game over his last five games, and he has topped 30 points in four of those five games. Ignore his 20-point performance last game because that came in a 37-point win in which Russ saw the court for just 28 (productive) minutes. He is shooting 52.8 percent from the floor over his past five, and if there is one thing we know about Westbrook is that he will take the shots. He is averaging 25 field goal attempts per game over this same span. The Thunder have gone 3-2 over it, as well.

OVER. Westbrook is tallying 11.2 assists per game over his past five, and 11.5 over his last two. While we also set the bar over on his scoring, four double-doubles (one of which was a triple-double) should hardly scare one off from this OVER.

OVER. Paul George is heating up, averaging 21.2 points per game over his past five and 24.5 points per over his last two. He shot a combined 15 of 27 over those two games against Dallas and the L.A. Lakers, and the Clippers have notoriously poor wing defense that George should be able to exploit in isolation.

Bovada got lazy and set the over/under at points directly at Griffin’s season average. He is 3-games back after recovering from injury. But he has shown very few signs of rust. Griffin has scored 24, 25 and 21 in those three contests, and he is attempting 17 field goals per game. The Clippers lose this game if Griffin scores under 25, but we think that is the mark he reaches: OVER.

PUSH. Griffin is averaging just 9.8 rebounds + assists over his three games since returning, but he has only reached 14 rebounds + assists in one of those games. There is not enough data to suggest he goes OVER, but he might put together a strong game as the Clippers’ premier playmaker and scorer. If you must wager, it is the OVER, but we are staying away from Griffin in this regard.