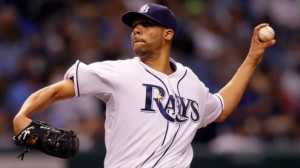 How to be successful betting on the MLB All-Star game.  The top players in the MLB face off in the All-Star game at Angel Stadium Tuesday. The league’s motto for the annual clash of the nation’s best baseball players is “This one counts”, referring to the winning league receiving home field advantage in the World Series.

Today, we are taking a look at the 2010 Midsummer Classic from a betting standpoint and we will give you some tips of how to make this one count in your betting season.

We already touched on this, but the MLB All-Star game is the only major all star game that actually has some meaning to it. While the players still have fun and joke around, they have a real incentive to play for: Home field advantage in the World Series. They don’t just play for bragging rights or to get themselves in the Top 10 highlight reels, like many do during All-Star games in other sports. The players know that winning could mean an additional home game in the World Series, so they will give their best to come out on top.

In other All-Star games you see alley-oops, lax defensive efforts, and trick plays. In the MLB there is nothing the players can do other than play the game. It’s still a pitcher throwing the ball and a better trying to hit it. There are no trick plays or highlight-seeking moves, it is just baseball. So the best players will prevail.

3) But not in all aspects

While most of the game remains the same at the Midsummer Classic, pitching is very different. Aces like Ubaldo Jimenez, Roy Halladay, and Tim Lincecum will most likely only pitch one inning each. We won’t see one of the pitchers have a great game and stay out there for several innings to dominate the opposing lineup. It will be one and done, so the pitching – while still important – doesn’t factor in as much which is a very important factor to consider when baseball betting.

Up until this year the ballpark decided whether the DH was in play or not. Just like in interleague play and in the playoffs, teams were allowed to use the DH in AL ballparks, whereas pitchers had to hit in NL ballparks. The league implemented a new rule that the DH will be in play at every All Star game. This takes an advantage away from the NL. While it is no problem for the NL to find a DH for the game, the AL won’t have to face the problem of having their pitchers swing the bats.

Taking these all star game betting guidelines into account, we will look at this year’s matchup. The AL has won 13 in a row and has been doing it with the bets. They have the most talent on their side coming from teams like the Yankees, the Red Sox, and the Rays. They also have enough pitching to match up with the National League, even though the NL holds the edge in that department.

With Lincecum, Jimenez, and Halladay teaming up, the NL as arguably the top three pitchers in the big leagues on their side. However, as we mentioned earlier, pitchers won’t have as big of an impact on the game due to their short time on the diamond.

The AL has enough good pitchers to match up with the NL on those short stints. And the American League has the advantage with the bat. Joe Mauer, Justin Morneau, Robinson Cano, Evan Longoria, Derek Jeter, Ichiro Suzuki, Josh Hamilton, Carl Crawford, and Vladimir Guerrero – an impressive lineup.

As for my prediction free baseball pick I promised, I think the AL will take home its 14th victory in a row Tuesday night at Angel Stadium. Their offense is just too good, and they will walk away the winner.  Bookmaker at the time of publish has the American League as -122 favorite.