Posted on March 22, 2013 by Brett David Roberts in College Basketball,Headlines 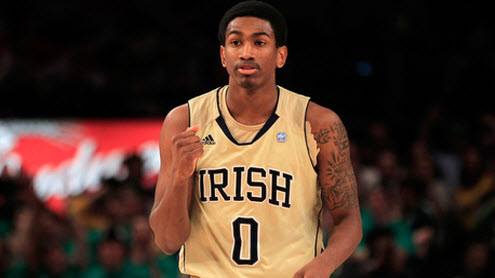 Notre Dame finished the season 25-9 with an 11-7 Big East record. They closed the season by losing three of their final six games, losing three of their four matchups against ranked opponents. Two of those losses came to No. 4 Louisville, the last of which was a 12 point loss on March 15, to close out Big East play. The previous game, the Fighting Irish defeated then-No. 13 Marquette.

Against Marquette, the Fighting Irish got 17 points from Jerian Grant and 18 from Pat Connaughton. Grant leads the team in scoring with 13.4 points per game, and Connaughton averages nine per game. Grant is joined in double-figure scoring by Jack Cooley’s 13.1 points per game and Eric Atkins’ 11.4.

Cooley averages a team high 10.3 rebounds, and does it all in under 30 minutes per game. The 6’9″ senior forward has struggled lately, averaging only eight points and eight rebounds over his last five games.

The Cyclones use a nine-man rotation, and they shot 45.5 percent from the floor as a team. Prior to their 15 point loss to then No. 7 Kansas, they had soundly defeated Oklahoma, West Virginia and then-No. 13 Oklahoma State. Oklahoma State was eliminated in opening round play against 12th seeded Oregon yesterday, and the Cyclones will hope to avoid a similar fate.