Posted on October 13, 2013 by Brett David Roberts in Headlines,NFL 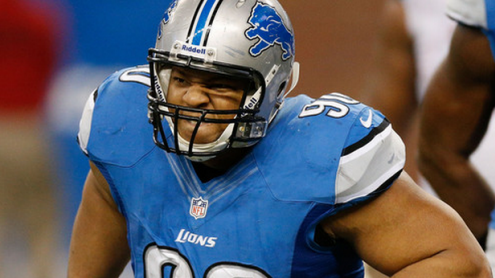 Cleveland appeared to be on the verge of spilling over into another disastrous season. Then, the team traded Trent Richardson for another lot in this year’s NFL draft. The unexpected three wins that have resulted since then have the Browns searching for their first four-game win streak since 2009-10.

The Browns were dealt a blow in losing Brian Hoyer, though, who had been instrumental in turning the team around after starting out 0-2 under Brandon Weeden. With Weeden resuming QB duties for the remainder of the season, can the Browns continue to roll? NFL oddsmakers at Bovada are not thinking so, favoring the visiting Detroit Lions by 3-points.

The 3-2 visiting Lions fell 22-9 last week to Green Bay, but still sit at 3-2 on the year. The arm of Matthew Stafford has carried the team again, as the Lions rank 6th in passing yardage. Stafford has thrown for 1,524 yards with a 63.8 percent completion ration with 8 TDs and just 3 INTs on the year (196 pass attempts).

Reggie Bush has stepped in an done an admirable job as the featured back when called upon. Bush has 61 rush attempts for 298 yards with a TD on the year, and he’s also caught 15 receptions for 204 yards. The Lions knew Bush would be a welcome addition to the offense, and Joique Bell has fared reasonably well, too, with three rush TDs on the year. It’s slightly problematic that both backs are short-yardage running backs, but the Lions’ best hope lie in Stafford’s arm and the receiving talents of Calvin Johnson, Nate Burleson and the backs (Burleson has been nursing a broken arm since September 23rd though and will not play).

Check out our paid pick plans for the 2013-14 NFL season here at Maddux Sports!