The Astros are the best home underdog betting opportunity on Tuesday’s MLB card. 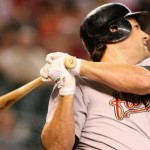 Chicago moved its record to 7-4 since the All-Star break after picking up a 5-2 win over the Houston Astros at Minute Maid Park.  “With this offense we have and the pitching staff we have, we can do some damage,” last night’s starting pitcher Carlos Silva said.  Monday’s game was the first of a six-game, seven day road trip, as the club looks to win consecutive series against its own division for the first time since winning seven-straight series last season from July 24-September 13.  The Cubs are 4-6 against the Astros this season despite outscoring by four runs, 51-47, in those contests.  Chicago has dropped three games to Houston by a single run and another by two runs this season.  Against divisional opponents, the team is 19-28 (-2,050) and the total being 19-24 O/U in those meetings.

Cubs starting pitcher Ted Lilly is 3-8 with a 3.88 ERA in 17 starts this season and is possibly auditioning for a new team as the trade deadline nears.  “There is a lot of speculation and rumors that are thrown out there,” Lilly said.  “From my experience, they don’t necessarily mean something is going to happen.”  One thing that needs to happen is the offense needs to score runs for the left-hander, as the lineup is averaging a major league-low 2.43 runs when he’s on the mound.  He is 1-4 with a 3.27 ERA in seven road starts this season, striking out 31 batters and issuing just 11 walks in 44 innings.  In 11 career starts against the Astros, Lilly is a dominating 7-1 with a 2.36 ERA.  He faced them in his last start at Wrigley Field, allowing just a single run and seven hits over 7.1 frames.

Houston’s offense continues to struggle during the 2010 season, leaving 12 runners on base and going 2-for-10 with runners in scoring position in last night’s loss.  “We had a lot of opportunities we didn’t capitalize on,” said first baseman Lance Berkman.  “I think that pretty much was the story.”  The Astros are averaging just 3.6 runs per game and hitting for a .239 average as a team this season.  After posting a 17-34 record through May 31, the club is actually just two games under .500 since June 1 (23-25).  The starting rotation has been solid over the last 21 games, posting a 2.80 ERA, with the Astros going 10-11 over that span.  Houston is 23-20 against division opponents this season (+1,040) and the total is 17-23 O/U in those contests.

Astros starting pitcher Brett Myers is 7-6 with a 3.24 ERA in 20 starts this season and the team has won his last three starts.  Among those last three outings, the team picked up a 4-3 road victory over tonight’s opponent in his last start.  He allowed just a single run and five hits over seven innings in that contest.  The right-hander is a perfect 5-0 with a 2.48 ERA in nine home starts, surrendering just two home runs in 61.2 innings.  In 15 career appearances (11 starts) against the Cubs, Myers is 8-3 with a 2.52 ERA.  His 8-3 mark against tonight’s opponent is his second-best record versus any club (7-0 versus Colorado).

Bettors may have a great opportunity in playing the home underdog in this contest, with the Cubs being 1-5 in Lilly’s last five starts as a road favorite.  The play gains a great deal in strength knowing the Astros are 8-0 in Myers’ last eight home starts.