END_OF_DOCUMENT_TOKEN_TO_BE_REPLACED

The Rays look to officially bury the Red Sox in the playoff race with the series finale at Fenway Park in front of an ESPN audience. 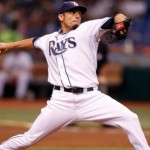 Tampa Bay’s impressive 14-5 victory over the Red Sox on Tuesday pushed their lead in the Wild Card race to 7 1/2 games.  Also by winning, the Rays snapped a three-game losing streak while picking up a game on the Yankees, moving them within 1 1/2 games of the American League East leaders.  “Winning beats losing,” said manager Joe Maddon.  The offense was led by outfielder Carl Crawford’s career-high three doubles, as he compiled his Major League-leading eighth four-hit game of the season.  It’s important to note that with yesterday’s win, the club has not tied last year’s win total and the team is 265-197 since the start of the 2008 season.  Tampa Bay is 35-23 against division opponents (+610) and the total is 31-26 O/U in those contests.  The team will be playing its 15th game as a road underdog of +100 to +125, posting a 6-8 record in the previous 14 instances (-140).

END_OF_DOCUMENT_TOKEN_TO_BE_REPLACED 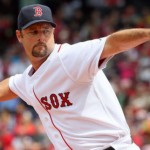 Baltimore opens up its 10-game road trip that will also take them to Detroit and Texas before the All-Star break.  The Orioles come into Boston winners of five of their last seven games and hold a 5-4 season series advantage over the Red Sox.  This may change over the course of the weekend, considering Baltimore’s 2-15 record in its last 17 games at Fenway Park.  The troublesome bullpen over the past couple years has turned a corner over the last seven games, allowing just 22 hits and striking out 24 batters in compiling a 1.71 ERA.  The Orioles are a dreadful 8-25 against divisional opponents in 2010 (-1,390) and 54-123 over the last three years (-4,890).

END_OF_DOCUMENT_TOKEN_TO_BE_REPLACED

A pair of veteran right-handers are on display in the second game of this interleague series between two historic franchises.

Los Angeles fell 10-6 in the series opener against Boston at Fenway Park and has dropped five straight in interleague play.  This series marks just the second time the two teams have met at here, with the first coming on June 11-13, 2004, when Boston took two out of three.  The Dodgers are four games into a stretch where 15 of 18 games will be played on the road (2-2).  Of course this series is highlighted by OF Manny Ramirez returning to Boston after spending 7 1/2 seasons in front of the Green Monster.  “Manny is certainly going to have a lot of emotions here,” Dodgers manager Joe Torre said.  “This was a huge part of his career.”  Since Ramirez’ arrival in Los Angeles, the club has posted a 163-120 record, the best mark in the National League.

END_OF_DOCUMENT_TOKEN_TO_BE_REPLACED

Sometimes you really have to shake your head. Toronto GM J.P. Ricciardi set a deadline today of July 28 for moving Roy Halladay. He says he has yet to see a deal he likes, and he says that dealing Halladay is now unlikely. Ricciardi is a moron. If he doesn’t manage to get this one right then he doesn’t deserve to be in charge of a big league team. Of course, nothing he has done in the last three years has made us think that he deserves that. I like th Jays, and if you read this blog then you know that I think Halladay is the best there is. I’d love him to stay in Toronto forever, but there are a couple of unavoidable facts – this team is not going to be a serious contender for the next couple of years, and Halladay can’t last forever. The Jays need to get rid of him, and they need to use this opportunity to add to the young talent they are already developing. This is a once in a decade opportunity for the Jays, and this moron Ricciardi is going to screw it up. The only thing they will accomplish by keeping him this year is to significantly reduce the haul they get back for him when they inevitably dump him next year in the last year of his contract. There is no issue here – nothing to debate. I hope that Ricciardi figures that out before it is too late. With enough contending teams in good markets desperate for pitching there is a big deal to be made, and Ricciardi needs to buck up and make it. He’s a disgrace to guys with initials for names.