The St. Louis Cardinals and San Francisco Giants will meet up in Game 7 of the 2012 National League Championship Series on Monday night at AT&T Park, with the first pitch scheduled for 8:07 p.m. ET on FOX

END_OF_DOCUMENT_TOKEN_TO_BE_REPLACED

The San Francisco Giants and St. Louis Cardinals will play Game 3 of the 2012 National League Championship Series on Wednesday afternoon at Busch Stadium, with the opening pitch scheduled for 4:07 ET on FOX

END_OF_DOCUMENT_TOKEN_TO_BE_REPLACED

The series stays in Saint Louis, and is now tied 2-2. A win by Saint Louis tonight would put Milwaukee’s backs against the wall, needing to win two straight at home to make it through to the World Series. We’ll take a look at who might prevail in this crucial game five

END_OF_DOCUMENT_TOKEN_TO_BE_REPLACED

The Cardinals fought back in Game 2 to even the NLCS series at a game a piece. The Cardinals will now send the depricated Chris Carpenter to the mound, the victim of some harsh words by Zach Greinke. We’ll see if Yovani Gallardo is enough to counter a focused and peeved Chris Carpenter. If Carpenter really does the things that Greinke accused him of (prodding batters verbally, yelling at them, in displays of intimidation), he will be doing them even more so tonight. It’s all ready been established these teams have bad blood with one another, which was why the umpire’s warning to both sides following a beaned batter was more significant than any old warning.

END_OF_DOCUMENT_TOKEN_TO_BE_REPLACED

In the Series preview, I advocated both a series bet on Milwaukee and to bet the ‘over’ on Game 1. We’ll take a look at the lines for Game 2 and consider how the Cardinals need to adjust if they want to make this a series.

END_OF_DOCUMENT_TOKEN_TO_BE_REPLACED

The Cardinals and Brewers will face off in the NL Championship Series beginning at 4 PM on Sunday afternoon. While the Cardinals did knock out the favored team in the MLB playoffs, Milwaukee presents a host of challenges that they did not encounter against the Phillies. For this reason, MLB Oddsmakers have set the line for both game one and for the series, in the Brewers favor. With such a potent offense and decent pitching, the Brewers promise to be a tough foe for both the Cardinals, and for the Tigers or Rangers, should they advance past this series. All Betting odds are taken from Bodog.

END_OF_DOCUMENT_TOKEN_TO_BE_REPLACED 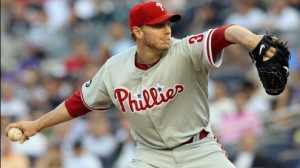