The Miami Marlins (33-35) and Boston Red Sox (35-33) will close out a three-game interleague series on Thursday night at Fenway Park in Boston, with the first pitch scheduled for 7:10 ET

END_OF_DOCUMENT_TOKEN_TO_BE_REPLACED

AL East rivals will battle it out in a series in hopes of gaining ground on the Rays and Yankees. 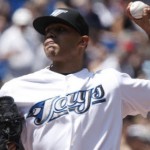 Boston failed to pick up any ground on the first place Yankees, splitting a four-game series in the Bronx, as the team sits six games back in the divisional race.  “We’re leaving here with a good taste in our mouths,” reliever Daniel Bard said.  “We didn’t move up, but to stay where you’re at is kind of an accomplishment.”  The Red Sox have won seven of their last 11 road games and are 22-16 away from Fenway Park since May 22.  The bullpen has been a major strength over the last 13 games, posting a 1.32 ERA and holding opponents to a .144 average.  The club has posted a solid 8-4 record this year on artificial turf (+480), but is still a dismal 26-34 over the last three seasons (-880).  Boston has also compiled a winning 20-16 mark against left-handed starters this season (+110), averaging 5.5 runs per game and hitting for a combined .271 average.

END_OF_DOCUMENT_TOKEN_TO_BE_REPLACED 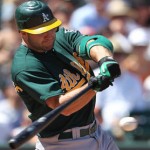 END_OF_DOCUMENT_TOKEN_TO_BE_REPLACED

The Rockies are gaining revenge for a World Series loss against the Red Sox, as they look to complete a interleague sweep.

Boston lost its fourth straight road game on Wednesday night in deflating fashion, with closer Jonathan Papelbon serving up a walk off home run.  “Just fell behind and had to throw another flat fastball across the zone,” said Papelbon.  The bullpen came into last night’s contest with a 2-0 record and 1.24 ERA in its previous 10 games.  The Red Sox can just hope to avoid being swept on Thursday night, as its streak of winning nine straight interleague series is over.  Boston ranks fourth all-time with a 137-106 interleague record and leads the Majors with a 92-48 mark since 2003.  The offense has banged out 10 or more hits in six of its last eight games and nine of 11 since June 10, during which the club is batting .317 with 76 runs scored.

END_OF_DOCUMENT_TOKEN_TO_BE_REPLACED

The Phillies hope to bounce back on a national stage after allowing double-digit runs for the first time last night.

Philadelphia dropped the series opener, 12-2, to the Boston Red Sox at Fenway Park on Friday night.  Phillies SP Jamie Moyer allowed nine runs on nine hits in lasting just a single inning, suffering the worst start of his career.  “We can’t put our game together,” manager Charlie Manuel said.  “When we get pitching, we just don’t hit.  We haven’t been hitting at all and our starting pitching has been very good until tonight.”  The team is visiting Fenway Park for the first time since the 2006 season, as they are 6-12 (.333) here all-time.  The team is now 1-3 on the season during interleague play, with all four games coming against today’s opponent.  Philadelphia is a terrible 17-31 against the American League the past three years (-1,790), failing to produce a winning mark against the Junior Circuit since 2007.

END_OF_DOCUMENT_TOKEN_TO_BE_REPLACED

Just going with 2 previews today, although one could argue the Yanks/Sox game is such a rivalry it is worth 2 games.  One could also argue that the Royals/Orioles game is worth 0 games so I guess it evens out in the end.

END_OF_DOCUMENT_TOKEN_TO_BE_REPLACED

The Blue Jays seem determined to rip every shred of decency out of this season. It seems impossible to believe, but they were actually competitive back in April, and people thought for a while that they may be able to keep their act together. Instead, they have been the pathetic laughing stock of the league. Last night they found a way to sink to a whole new low. They couldn’t just accept that they were beating up on the Yankees in New York behind their ace, Roy Halladay . Instead, they had to mar the win with an ugly brawl. The benches cleared twice, and the second time it got ugly – punches were thrown, players wrestled on the ground, and there was general chaos. A fittingly ugly chapter in one of the uglier seasons baseball has seen in a while. Never has a team needed a total, top-to-bottom house cleaning more than this one.