Posted on March 30, 2014 by Brett David Roberts in Headlines,NBA 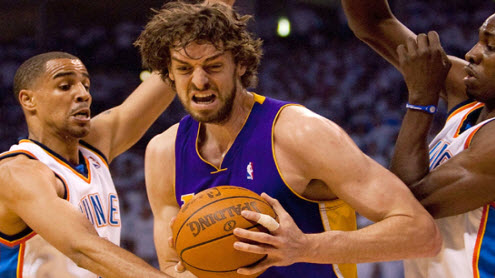 The Phoenix Suns are clinging to the 7th spot in the Western Conference with Memphis and Dallas both within a half game of the Suns.

Phoenix has won six straight games and is 19-16 on the road where it will encounter the L.A. Lakers at the Staples Center. The Suns enter the game as 9.5 point favorites in the NBA Odds over Mike D’Antoni’s struggling Lakers squad.

Los Angeles is just 24-48 on the season and has played all but seven games without Kobe Bryant. Bryant does not want D’Antoni coaching the Lakers next season, and it seems the team has all but tuned him out. The Lakers are just 13-22 at home this season and were crushed by the Timberwolves on Friday night 143-107. L.A. has the second-worst defense in the NBA, surrendering 108.9 points per game. The Lakers are also bad on the boards getting just 41.1 rebounds per game.

Pau Gasol has looked reasonably good in making his bid for a new contract this offseason, likely not with the Lakers. The Spaniard is averaging 17.5 points, 9.8 rebounds and 3.3 assists per game with not a lot of talent surrounding him.

Nick Young and Jodie Meeks are both capable of putting the ball in the basket, but neither is particularly efficient; both rank below league average in PER. Kent Bazemore has been a pleasant surprise, a trade deadline acquisition. He’s averaging 13.6 points, 3.1 rebounds and 2.9 assists in just under 28 minutes a game. The Lakers will hope to add Jabari Parker or Andrew Wiggins in the draft, as Kobe has already indicated he would be interested in mentoring either of the potential superstars.

The Suns have a wealth of offensive talent and have had no problem scoring the ball this season. The offense ranks 7th in the NBA (105.5) points per game, and the Suns are able to turn to a deep bench for consistent production. The Suns have eight players averaging eight points per game or better, led by Goran Dragic’s 20.6 points per game.

Dragic and Eric Bledsoe have combined to form a potent backcourt, and Bledsoe is back after having sat out for an extended stretch with a meniscus tear. The former Clipper is averaging 17.6 points, 4.7 rebounds and 5.7 assists per game.

Gerald Green has found his niche as an NBA player and had a 41 point game to his credit this season. He’s much more than a dunker now and hits the corner three at a very high clip. Green is averaging 15.4 points per game and the highlight dunks he brings do help keep fans coming to games.

The Suns have produced an exciting brand of basketball and the team is set well in upcoming drafts, and has cap space. While a first round upset over a Western Conference juggernaut like OKC or San Antonio is very improbable, the experience will serve the Suns core well and it can focus on adding an interior rim protector over the summer.

LAL Trends: OVER 4-0 in last 4 when opponent scores 100 or more in previous game; 0-4 ATS in last 4 vs a team with winning SU record; OVER 5-1 in last 6 home games vs teams with winning road record.