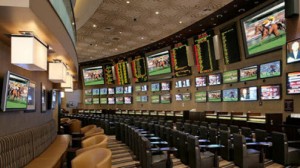 Maryland defeated Belmont 79-77 in a nail bite to advance to the Round of 32 where it will face the #3 seeded LSU Tigers. LSU defeated Yale 79-74 in the opening round, and the Tigers are 2.5-point favorites over Maryland. The over/under is set at 145.5 points according to NCAA basketball oddsmakers at 5dimes, and the game will tip off at 11:10 AM CST on Saturday on CBS and the March Madness app.

Maryland narrowly escaped Belmont in its opening-round matchup. The Terrapins placed four of five starters in double figures, led by Jalen Smith’s 19 points on 8 of 9 shooting. Smith also had 12 rebounds, with eight of those coming on the offensive end. The Terrapins out-rebounded Belmont 41-37, but Maryland had 15 of its boards on the offensive end compared to just 10 for the Bruins.

Maryland also limited its turnovers to just five in the game, though it forced only five from its opponent, as well. The Terrapins did not dig much into its bench, as it got just seven points from its reserves with only Aaron Wiggins performing an important role (five points, two rebounds in 17 minutes). Maryland will need its starters to be at full energy with a big, athletic opponent in LSU.

Maryland shot 43.5 percent from the field in the opening round victory but it connected on just 6 of its 22 threes. Really, the Terrapins were fortunate to win with Belmont hitting nine threes in the game and also leading by six at the half. Maryland will need a better start and even better offense in this second round showdown with LSU.

LSU squeaked by a hot-shooting Yale team to win its opening-round matchup 79-74. The Tigers put four of five starters in double figures, with Skylar Mays leading the team on his 5 of 11 shooting (19 points, three rebounds, and a block in 30 minutes). The Tigers shot 45.9 percent in the game while limiting Yale to just 37.5 percent shooting, but the Bulldogs were on a mission to jack up the triple, and it certainly did so, hitting 8 of 37 (21 percent) and eventually shooting itself out of the game as it trailed by 16 at the half. Yale did make a late push in the game, but LSU connected on just enough free throws to escape with the ‘W.’ LSU connected on 19 of 28 from the free throw line and it also held a plus-8 advantage on the glass.

LSU used mostly a seven-player rotation, and that should be the case against Maryland too, as the Terrapins will leave its starters on the court for an extended time. Naj Reid had a really impressive game in the opener, and his size and physicality will be important once again. Reid finished with 14 points, 10 rebounds, and two assists in 31 minutes. Four of LSU’s five starters played 30 minutes or more in the game, with only Kaveli Bigby-Wiliams seeing less (22).

But Bigby-Williams had a superb game in his limited minutes.

He blocked four shots and had 10 points and 10 rebounds. Bigby-Williams is foul prone, so keep an eye on if Maryland attacks him early to try to get LSU’s major rim protector out of the game.