Posted on March 25, 2017 by Brett David Roberts in Headlines,NBA 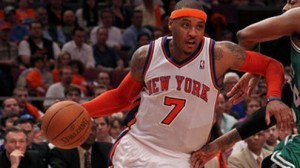 The New York Knicks are possessors of the league’s fifth (tied) worst win percentage in the 2017 tankathon. New York has dropped its past four games and travels to face the San Antonio Spurs as 15-point underdogs Saturday night on NBA League Pass. The Spurs are still 2.5 games behind the Golden State Warriors, as the respective playoff pictures appear to be closer to taking their final form.

The Knicks will not be involved, and the Spurs will likely settle into the No. 2 spot in the West. As for tonight’s game, there is not an overwhelming amount of intrigue, and it might be another game that sees Spurs’ coach Gregg Popovich rest a star or two. It is that time of year.

That said, with the proposition of Spurs players resting, the spread ideally should be tough to approach. The Spurs are able to click and win big even with the reserves playing heavy minutes, but New York is not resembling anything close to a winning basketball team, either. Whether or not the Spurs sit stars, this game has all the makings of a blowout just based upon the seasons of these respective clubs.

The Knicks are just 11-27 on the road this season, while the Spurs have gone a stellar 27-7 at home. A meeting between a poor team that plays pitifully on the road on a perpetual juggernaut is not difficult to predict nor handicap, and the 15-point spread set by Oddsmakers at 5dimes is a fair and reasonable one, even without any announcement from Pop regarding the status of Kawhi Leonard and others.

Moreover, there is an additional element to this game: New York had one of its 11 road victories in San Antonio this season, so the Spurs may be seeking some vengeance on this team. Joakim Noah is suspended for 20-games and that will put Knicks rookie Willy Hernangomez into the starting lineup—which is probably for the best anyway. Hernangomez and Kyle O’Quinn have both played well off the Knicks bench, and to be sure New York’s future lies much more in their hands than in the aged, declining Noah. But the real story in New York will remain Kristaps Porzingis and how Phil Jackson plans to tailor his roster to best fit Porzingis’ strengths as a basketball player.

Needless to say, the exact opposite has been done thus far, with the Knicks’ youngster attempting under 15 field goals a game despite boasting the best points-per-possession of any Knicks player.

Having two ball-dominant scorers in Carmelo Anthony and Derrick Rose has done the Knicks absolutely no favors in the development of Kristaps—and moreover, this is a team 18 games below .500. To what avail has the win now approach produced? The Knicks are not winning, and Porzingis still needs to be featured more heavily. It has become redundant repeating these things: But Knicks fans must feel similar, watching an ineffective triangle offense with a group that does not even want to run the offense. How can New York rectify things and right the ship without making drastic changes beginning at the top? And will that be done? It is unlikely.

New York will be in the running for a top player in the 2017 draft, but the team has to continue to lose games, as horrible as that sounds. The Knicks could use an upgrade at the 1-spot, which is particularly good considering this draft’s top-3 players are all point guards. New York could easily move away from Derrick Rose by landing a top-3 pick, but falling outside of that will diversify the options and give Phil Jackson a lot more to think about. The time ot lose is now for New York, and since it has dropped its past four, it is safe to assume this runs the course of a “player development” blowout, notwithstanding that New York has already won in San Antonio this season.

The time ot lose is now for New York, and since it has dropped its past four, it is safe to assume this runs the course of a “player development” blowout, notwithstanding that New York has already won in San Antonio this season.