Posted on September 7, 2013 by Brett David Roberts in Headlines,NFL 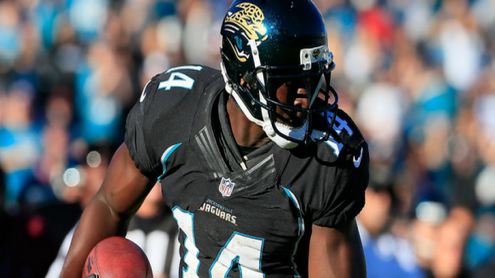 The Kansas City Chiefs are expected to be a lot better this year, and the team couldn’t ask for a better opening day opponent than the Jacksonville Jaguars. KC won just two games last year, but with Alex Smith at QB and Andy Reid and John Dorsey calling the shots for a full season, the team could be far better. Many are even predicting “worst to first,” as Smith is a very good and capable QB (see: 70 percent completion ratio prior to injury last year). Smith has an excellent receiver in Dwayne Bowe and Donnie Avery came from Indy to give a deep threat, so the Chiefs should be able to air it out pretty well this year.

Jamaal Charles is the primary ball carrier and he had a good year last year even though teams were able to focus most of their game plans around just stopping him. Look for Charles to get more receiving opportunities this season, with Reid looking to run a lot of screen passes for him. Charles can’t handle another 285 carry season, so Knile Davis is going to have to step in and play some right away. The third-rounder from Arkansas is a big play threat and should complement Charles well, and the Chiefs will need him to.

As much improved as the Chiefs are, the home team Jaguars are still only four point underdogs. The Jags won just two games a year ago, as well, and are in the midst of a massive overhaul and rebuild. The team amassed a $141 million payroll, yet had little to show for it, and the only free agent they opted to re-sign was 36 year old center Brad Meester. The best player on the team is still Maurice Jones-Drew…when he is healthy.

But Jones-Drew has regressed a lot in the last few seasons and the team has mirrored it. The team is still in need of some franchise talents, and the QB position is notoriously weak with Blaine Gabbart (not a franchise QB) and Chad Henne. While the fanfare of opening day will be there, expect Jacksonville to allow Charles to have his way. The Jags have a horrible defense which had only 20 sacks all of last season.

Check out Maddux Sports’ paid pick plans for the 2013 NFL season as we line bettors’ pockets once again!