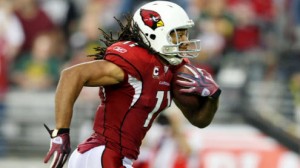 The Atlanta Falcons have lost five straight weeks but find itself 10.5-point favorites as it hosts the Arizona Cardinals Sunday at NOON (CT) on Fox. Atlanta is just 4-9 on the season, and it is in last-place in the NFC South. The game has an over/under set at 44 points according to NFL oddsmakers at bookmaker 5dimes.

Last week the Falcons fell 20-34 to the struggling Green Bay Packers. Despite getting 262 passing yards from quarterback Matt Ryan and limiting Aaron Rodgers to less than 200, the Falcons fell behind 20-7 at the half and were unable to overcome that deficit. Ryan threw three touchdown passes with one interception, and the Falcons backfield had one of its better weeks as Ito Smith rushed 11 times for 60 yards and Tevin Coleman added 45 yards on 10 attempts. The Falcons fell to just 1-5 on the road this season with the loss.

Atlanta is averaging just 81.2 yards per game via the rush this season while its pass game remains quite strong at 293.8 yards per game. The Falcons as a team average 24.3 points per game though, while its defense surrenders 28.2 per game. Over the past five games, the Falcons have given up 141 points, or 28.2 per game, while it has managed to score 20 points or more just once (last week in the loss). In order for Atlanta to improve its 4-9 record, it must begin to play stronger defense, though perhaps at this point it is all silver linings with the playoffs firmly out of reach for Atlanta.

It is hard to assign any of the blame for this losing season on Ryan or on his top receiver Julio Jones. That masterful connection has gained the team some 1,429 yards, five touchdowns, and 66 first downs. Calvin Ridley, Mohamed Sanu, and Austin Hooper all have 550 yards or better on the season too. Atlanta has typified what it does as a team with its pass offense, but the backfield, in general, has not produced, nor has the defense. Tevin Coleman averages just 4.1 yards-per-carry and Smith is good for just 3.5 per attempt this season. Ryan has rushed 25 times for 101 yards, but no other running backs are coming to the aid of Atlanta’s struggling top two rushers and Ryan.

The Arizona Cardinals have struggled mightily this season at 3-10 and the team is tied with San Francisco for the worst record in the NFC West. It lost 3-17 last week to the Detroit Lions, but it managed to eke a victory two weeks ago against the Green Bay Packers. Prior to that rare victory, the team had lost three-straight with another win before that against none other than the San Francisco 49ers.

Josh Rosen has taken the brunt of the problems most rookie quarterbacks do, with no unfair comparisons to Pat Mahomes to be drawn. Rosen has thrown for 1,910 yards, but he is completing just 55.4 percent of his passes and managing just 6.1 yards-per-attempt. He has 10 TD passes, but he has thrown 12 interceptions while incurring 29 sacks for a massive loss of 219 yards. He has started in front of Bradford, but the team has been struggling with Rosen’s growing pains. It is about building towards the future for the Cardinals, which will become more a focus as the team prepares to deal with the eventual retirement of Larry Fitzgerald.

Fitzgerald ranks No. 2 in receiving yards with 563 on the season, while Christian Kirk leads all receivers with 590 yards on 43 catches. Kirk has even rushed three times for 35 yards. Rosen has had decent successes of his own rushing the football (4.8 yards-per-carry), but Arizona’s top two backs have struggled badly. David Johnson takes the lion’s share of the snaps but averages just 3.7 yards-per-carry on his 220 attempts, and Johnson has scored six Arizona’s eight rushing touchdowns this season. No matter what the case, this has been a team relying on a rookie quarterback and inexperienced backfield with a poor offensive line, and the results have been as disappointing as they have been predictable—all the same.