Posted on November 18, 2018 by Brett David Roberts in Headlines,NFL 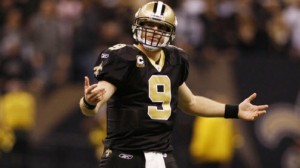 The New Orleans Saints have won eight straight since its week 1 loss to Tampa Bay. Now atop the NFC West, it hosts the Philadelphia Eagles as 8.5-point favorites at 3:25 (CT) on FOX. The over/under is set at 56.5 points according to NFL oddsmakers at 5dimes.

The New Orleans Saints have the league’s top offense at 36.7 points per game. It surrenders just 25.8 per game, good for a differential of +10.9 points. The pass offense has averaged 287.1 yards per game and the rush has been good for 126.8 yards per game. Drew Brees is having another legendary season with 2,601 yards on 77.3 percent passing with 21 Touchdowns and just one interception and nine sacks. His passer rating is an outstanding 123.8.

The Saints top weapon has been receiving running back Alvin Kamara. Kamara leads the team with 546 rushing yards, but he has added another 473 yards receiving and has three reception TDs to go with his 11 rushing TDs. Michael Thomas is the No. 1 wide receiver with 950 yards and seven touchdowns. Mark Ingram II ranks No. 2 on the team in rushing yardage with 285 on the season, and Taysom Hill has added 157 yards on 27 attempts. Brees has not been successful rushing with just 28 yards on 20 carries.

Demario Davis has led the defense with 46 solo tackles, 21 assisted tackles, and two sacks. Vonn Bell has 45 total tackles, and AJ Klein has 43 tackles. Cameron Jordan leads the team with six total sacks, and Sheldon Rankins has five sacks on the year. The defense has been good, with 21 total sacks for 134 yards lost by opposing quarterbacks.

The defending champion Philadelphia Eagles are just 4-5 but are still tied for second place in the NFC East, trailing first-place Washington by two games. The Eagles have lost four of its last six games, and it averages just 22.0 points per game. The Eagles defense has been stingy in limiting opponents to 20.3 per game, but the slim margin of victory has rendered Philly sub.-.500.

Carson Wentz has 2,148 yards on 71 percent passing. He averages 284.6 yards per game and has 15 TD passes to just three interceptions. Wentz has been sacked 23 times for 156 yards lost, but he still has a passer rating of 108.5. Zach Ertz is his top target with 100 targeted passes for 75 receptions and 789 yards, five touchdowns, and 42 first downs. Nelson Agholor has 455 yards on the season and Alshon Jeffrey has 389 yards and four touchdowns. The leading rusher has been Wendell Smallwood who has 261 yards on 62 carries and a touchdown. Jay Ajayi leads the team with three rushing TDs, but he has just 184 yards on the year.