Posted on November 16, 2020 by Brett David Roberts in Headlines,NFL 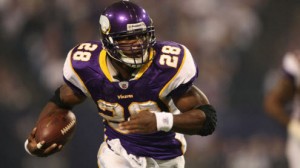 The Minnesota Vikings are just 3-5 and in the last place in the NFC North, but it finds itself 3-point favorites on the road at Chicago in this week’s Monday night matchup. The Vikings are hot, as winners of its last two, and the over-under is set at 44 total points according to NFL oddsmakers at bookmaker 5dimes. The game will air at 7:15 (EST) PM on ESPN.

Minnesota is heating up. It defeated the Green Bay Packers and Detroit Lions the last two games, by a combined score of 62-42. That 10-point margin of victory shed some light on the fact that the Nikes are favored on the road this week, as 3-point favorites in Chicago against the Bears.

Minnesota has been a top-rushing unit all season, and it currently ranks No. 4 in yards per game at 160.4. Its pass offense lingers in the bottom-quarter, but Kirk Cousins still generates 221.6 yards per game via the air, and the Vikings are a tough unit to reckon with, ranking No. 12 in scoring at 27.1 points per game. Unfortunately for Minnesota, its defense has allowed more than that at 29.3 per game, ranking sixth-worst in the NFL and helping to account for Minnesota’s sub.-.500 mark thus far.

Cousins has been relatively decent all year, but not without his mistakes. He has thrown 15 touchdowns with 10 picks and suffered two sacks a game for a total loss of 82 yards. But inside that is a 1,855 yard passing season with a 65.6 percentage on his passes: It amounts to a strong passer rating of 97.7. Cousins has been effective while rushing, too, but he has attempted just over one per week, with an average gain of 5.0 suggesting he should keep the ball in his hands more often. Lead rusher Dalvin Cook has feasted on the Vikings’ strong offensive line efforts. To his credit are more than six yards-per-rush, as well as five touchdowns and 48 first downs. Alexander Mattison is strong, too, with 4.7 yards-per, as well as a touchdown to his credit. The Vikings average a very solid 5.5 yards-per-carry as a team, with 13 touchdowns on the season via the rush.

The top two wide receivers have done the heavy lifting. While Minnesota has over 1,800 yards this season, over half of its production hinges on the combo of Justin Jefferson and Adam Thielen. The pair combines for just over 1,100 yards and has 10 of the team’s 15 passing touchdowns, with seven coming from Thielen. Tight end Kyle Rudolph is a strong third receiver, and he has caught 14 of 19 targeted looks for 175 yards and a touchdown. Dalvin Cook adds extra punch out of the backfield with 173 yards and a touchdown on his 16 catches, which ranked No. 3 on the team.

The Chicago Bears are 5-4 with a 2-2 mark at Soldier Field where it hosts today’s matchup.

Chicago has found itself losers of the last three games, to fall from a strong 5-1 start this season. Its pass offense is better with Nick Foles heading the attack, but it also at the same time lacks the upside of having tried to develop yet another draft bust. The Bears rank No. 20 in pass offense, but it is even more futile on the ground, managing just 82.3 points per game to rank third-worst in the NFL. The overall result is not pretty either, as the Bears tally just under 20 points per game, ranking as the third-worst scoring club. Its defense has helped keep Chicago in it, allowing just 21.1 points per game as the sixth-stingiest defensive unit.

The Bears have to look to David Montgomery to start producing more big plays. He has 131 rushing attempts this season, but he averages just 3.6 yards-per-carry and has only a lone touchdown, one of just two all season by the Bears, with the other coming by Foles who has amassed one yard on 13 carries. It has been ugly.

Allen Robinson II is doing a job with his hands to move the chains, though. The top receiver has 712 yards on 57 catches with 34 first downs and three of the 16 passing touchdowns. Credit Tight end Jimmy Graham for many red zone success: He has 35 receptions with five being TD-passes, and he also has picked up 139 yards after the catch on his plays. His 22 first downs Rank No. 2 behind only Robinson.

Bears kicker Cairo Santos has been effective, connecting on 15 of 17 field goals, with one miss coming from behind midfield. Santos is 17 of 17 on PATs, and the Bears will need his leg’s accuracy if it stalls shortly on some red zone runs, which is a real possibility given teams know Foles’ reluctance to trust his backfield when the field shortens up. Look for Minnesota to pull a slight road victory as oddsmakers currently project. The Bears offense has simply been to stagnated, and its defense is not doing enough to cushion that, even as a stronger unit in the NFL.