Posted on October 12, 2014 by Brett David Roberts in Headlines,NFL 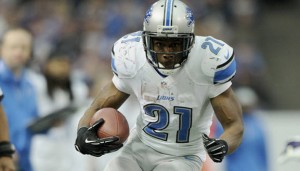 Teddy Bridgewater’s return from an ankle injury may make the difference NFL oddsmakers are projecting in picking the Vikings as 1-point favorites over the Detroit Lions in NFL odds. Bridgewater has been successful in his first season, having thrown for 317 yards on 63.3 percent completions in a 41-28 victory over Atlanta on Sept. 28.

In that contest, Bridgewater did not throw a TD pass, but he rushed for one and was not sacked the entire game. He managed 27 yards on five carries while attempting 30 passes, and it became clear the Louisville product is indeed NFL-ready.

The Vikings are 2-3 on the season with victories over the Saint Louis Rams and Atlanta Falcons. Weeks 2, 3 and 6 saw the team fall to New England, New Orleans and Green Bay. The Vikes rank 10th in the NFL in rushing yardage with 130 per game, but the defense has struggled with stopping the run (19th, 121.8 allowed).

Matt Asiata is in his third season out of Utah, but he saw limited carries in his first two NFL seasons. This year, he’s already carried the ball 62 times for 231 yards. He’s averaging just 3.7 yards per carry but brings an additional 111 yards of receptions. He’s scored four TDs on the season (three rushing, one passing) and has just one fumble. Sometimes, flashy per yard carries aren’t what make guys valuable.

The Lions are trying to bounce back from a 17-14 loss to the Buffalo Bills last week. Prior to that the team had back to back wins against the Packers and Jets.

In the loss to the Bills, Matt Stafford threw 18-of-31 for 231 yards, with one TD and one INT. The Lions got very little from its backfield, with Winn and Bush accounting for just 61 yards. Bush caught two passes for 30 yards, though. The Lions converted just 1-of-11 third downs while allowing the Bills to manage 343 yards.  WR Calvin Johnson has been hobbled of late, but is still expected to suit up and should be fairly dominate even slightly injured.

That kind of effort will render the Vikings winners in this contest. NFL bettors may prefer the moneyline bet on the Vikings due to the Bills reliance on Kyle Orton. Though he looked great in last week’s win, one wonders if his 30-of-43 passing was little more than a fluke. Maybe caution should be shown after a performance like that, but there is a reason the Bills were already going with a second year Quarterback like E.J. Manuel.