Posted on January 3, 2021 by Brett David Roberts in Headlines,NFL 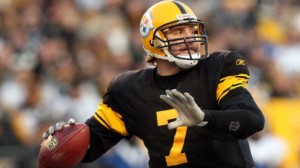 The Cleveland Browns host the Pittsburgh Steelers as 10.5-point favorites in NFL action noon Sunday on CBS. The betting total is set at 43.5 total points according to NFL oddsmakers at bookmaker 5dimes.

Cleveland had won four straight leading into last week’s 42-47 loss to the Baltimore Ravens three weeks ago. It had held three opponents of its last four under 25 points leading to surrendering 35 two weeks ago in a 41-35 win over the Tennessee Titans, but the 47 points to Baltimore did prove unsurmountable for Cleveland. Lamar Jackson had a brilliant game in the loss, throwing 11 of 17 for 163 yards and a touchdown, in addition to rushing just nine times but gaining 124 yards and two rushing touchdowns, as well as a long rush of 44-yards. JK Dobbins rushed 13 times for 53 yards and a touchdown, while Gus Edwards added 49 yards on just seven carries. Mark Andrews had a big receiving game with 78 yards on his five catches, while Marquise Brown added a 44-yard catch and another with a touchdown on his six targeted passes.

The Ravens’ defense surrendered 355 passing yards and 138 on the ground, as the Baltimore Ravens were outgunned by a count of 385 to 493. The Browns were pleased with Baker Mayfield’s 28 of 47 passing and he had two touchdowns with one pick.

Mayfield dodged all sacks, and he rushed five times for 23 yards including a rushing touchdown. Nick Chubb had two rushing touchdowns and Kareem Hunt had another on his six carries for 33 yards. Hunt caught six passes for 77 yards and a touchdown, while Rashard Higgins added the other touchdown on his six catches for 68 yards. Cleveland fell to 5-2 at home in the loss.

The Browns are still five games above .500, and Mayfield has been mostly a huge positive with 232.9 yards per game on 62.7 percent passing, 25 touchdowns, and eight interceptions. He has been sacked 22 times in 13 games and his passer rating is an outstanding 95.9. He has suffered five sacks in the last two games.

Chubb has been great in the backfield and is averaging an exceptional 5.4 yards-per-carry on his 176 attempts with nine touchdowns and 52 first downs. Hunt has rushed for 4.3 per-carry on 188 attempts, a team-high, to go with six touchdowns and 44 first downs. Mayfield has done fairly decent, but he manages just 2.5 yards-per-carry on 48 attempts with one rushing touchdown. He can definitely work on extending his yardage as an area of focus for the remainder of this season.

Jarvis Landry has thrived in Cleveland, leading the team with 67 receptions for 789 yards and 3 touchdowns, along with a team-best 43 first downs. Rashard Higgins has 544 yards, while Odell Beckham Jr. has played just seven games this season and ranks No. 3 in yardage. Tight end Austin Hooper has contributed 42 catches for 398 yards, three touchdowns, and 23 first downs.

Pittsburgh won its first 11 games before dropping its last two to the Washington team two weeks ago and last week at a 15-26 loss to the Buffalo Bills. The Steelers will try to get back on track this week, but it is relying on better rushing. The Bengals give up 131.9 rushing yards per game, but Pittsburgh is the NFL’s fourth-worst rushing team at a mere 89.1 yards per game. The Steelers do manage a No. 16 ranked pass offense, and somehow the team ranks No. 12 in scoring at 26.3 points per game. That is more than enough considering it possesses the third-stingiest defense, allowing teams to put up just 19.2 per game this season. Overall, the result is a +7.1 point differential for the Steelers.

Pittsburgh relies almost too heavily on the talents of James Conner. Conner is the lead rusher at 160 attempts for 684 yards and six touchdowns, and he is also heavily used as a receiver, though he ranks just No. 6 in receiving yards with his 30 catches for 190 yards. Diontae Johnson, Chase Claypool, and JuJu Smith-Schuster all have better than 750 yards this season, and tight end Eric Ebron has been used heavily with 57 catches for 772 yards, eight touchdowns, and 36 first downs.

The Steelers have averaged 9.5 yards per catch on 3,812 yards with 193 first downs. Comparatively, Pittsburgh manages just 3.6 yards-per-rush and has just 76 first downs via the rush this season. The attack is not that balanced, but to push out a No. 12 ranked scoring offense from that shows the execution has been good. The Steelers’ defense has been better.

It has not been the last two weeks, but NFL oddsmakers are still projecting a big win from the Cleveland Browns in this matchup.