Posted on March 20, 2014 by Brett David Roberts in College Basketball,Headlines 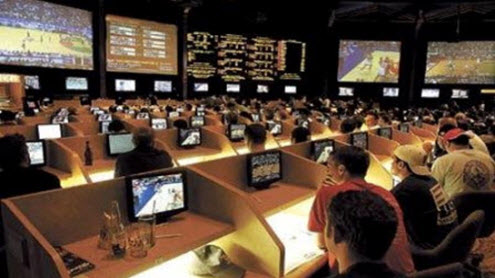 The Villanova Wildcats finished the season 28-4 while posting a 16-2 record in the Big East, one of college basketball’s toughest (and soon to be extinct) conferences.

Nova dropped the Big East championship game to Seton Hall 64-63, but that won’t hold any weight in an opening round matchup with a 15 seed, Milwaukee. College basketball oddsmakers predict Nova to be heavy favorites, setting the line 16.5 points in favor.

Villanova faced only two ranked teams all year, and split those matchups, losing to then-No. 2 Syracuse on Dec 28 and winning a big one over then-No. 2 Kansas 63-59 on Nov 29. The Wildcats had little problem scoring the ball all season, ranking 30th among D-1 schools in scoring (78.5 points per game). Nova passed the ball extremely well (15.6 assists per game), and only committed 12 turnovers per game, despite playing high octane basketball.

The Wildcats are led by the trio of James Bell, Darrun Hilliard II and JayVaughn Pinkston, all of whom averaged roughly 14 points per game. Pinkston, a 6’7″ 260 pound junior, is an imposing force on the interior. He averaged 6.1 rebounds per game and shot a high clip from the field (52.6 percent). Over his last five games, Pinkston has averaged 10 points and seven rebounds per game while shooting 50 percent or better from the floor in all but one contest.

The Milwaukee Panthers hail from the Horizon league and earned a bid by winning the conference, despite posting just a 7-9 record in conference play. The team tallied a 21-13 record over the course of the season, but was obliterated in its only matchup against a ranked opponent, then-No. 4 Wisconsin. Wisconsin made short work of the mid-major program, winning 78-52. That indicates that Milwaukee has little chance against Villanova, but few are giving them one, as is the case typically in 15 vs 2 matchups.

Milwaukee shot just 43.3 percent from the floor as a team and is poor on the boards (33.7 rebounds per game). The Panthers do have four players averaging double-figures, but Jordan Aaron isn’t likely to put up big numbers against a school like Nova that will keep the pace moving.

That’s mainly because the Panthers lack any sort of depth, with four of its five starters playing 30 minutes per game or more. A strong starting five may be enough in the Horizon Conference, but against a tough Big East school don’t expect Milwaukee to do much more than pack its bags, somewhat happy to have at least made an NCAA appearance.