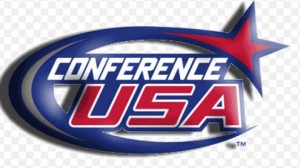 Florida Atlantic finished 9-3 with a 7-1 mark in Conference USA play. It will host the UAB Blazers as 8-point favorites in the C-USA title game at Noon (CST) Saturday on CBS. The over/under is set at 49.5 points according to NCAA football oddsmakers at bookmaker 5dimes.

Florida Atlantic concluded its season hot, winning its final five games to finish atop the East Division. UAB posted an inferior Conference mark at 6-2, but it will have its chance to steal the title from Florida Atlantic albeit as underdogs. The Florida Atlantic Owls started its season with two tough losses to the No. 1 ranked Ohio State Buckeyes and a then-ranked UCF Knights team. It then won its next four before a loss to Marshall. It rallied to win the rest of the season following that loss, though.

Florida Atlantic finished the season No. 31 in passing yards, averaging 277 per game. Its rush was decent, ranking No. 69 at 154.2 yards per game— it added up to an offense that averaged 33.9 per game while holding opponents to just 23.7 per game.

The Owls starting quarterback Chris Robison put together a great season. He completed 62.2 percent of his looks for 3,129 yards and 22 touchdowns, with just five picks. He did suffer 24 sacks for 200 lost yards, but he still posted a passer rating of 144.2.

The top-two rushers both fared extremely well. Malcolm Davidson and James Charles each rushed 91 and 69 times while averaging 6.4 and 5.2 yards-per-carry, respectively. Davidson led the team in touchdowns with nine, and the Owls scored 27 rushing touchdowns on the season. The top receiver was Harrison Bryant with 61 catches (a team-high) for 965 yards and a team-best four touchdowns.

The Owls tight end also ranked No. 2 in yards-per-catch at 15.8. The top two slot receivers each totaled over 500 yards and had six touchdowns between them, but this is an offense built around a great tight end and two very strong running backs. Florida Atlantic may be a strong passing team, but it is a very efficient rushing team in its own right, forming a formidable offense that is the best in C-USA.

UAB was not a great offensive team, ranking middle-of-the-pack in rush offense and outside the top-90 in pass offense. The Blazers averaged just 25.1 points per game, but it succeeded in the strength of a defense that limited opponents to just 18.5 per.

The Blazers were led by QB Tyler Johnston, though he had accuracy issues all season. He threw under 60 percent for completion and had nearly as many interceptions (13) as touchdowns (15). He did dodge sacks extremely well, suffering just eight on the season, and he was a rush threat in carrying the ball 65 times for 195 yards and one touchdown. Spencer Brown led the team in rushing attempts (118) but he averaged just 3.89 yards-per-carry and had only five touchdowns. No. 2 running back Lucious Stanley was moderately more successful with 4.8 per-carry and seven touchdowns, but he had just 86 attempts.

Blazers are 7-1 ATS in their last 8 games after accumulating less than 170 yards passing in their previous game.

Blazers are 10-4 ATS in their last 14 games following a ATS win.

Blazers are 12-5 ATS in their last 17 games following a straight up win.

Blazers are 7-3 ATS in their last 10 games after accumulating more than 200 yards rushing in their previous game.

Blazers are 9-4 ATS in their last 13 games after allowing less than 100 yards rushing in their previous game.

Blazers are 2-5 ATS in their last 7 games as a road underdog.

Blazers are 2-5 ATS in their last 7 games on grass.

Owls are 5-0 ATS in their last 5 games after allowing less than 100 yards rushing in their previous game.

Owls are 5-1 ATS vs. a team with a winning record.

Owls are 4-1 ATS in their last 5 games overall.

Owls are 4-1 ATS in their last 5 conference games.

Owls are 8-3 ATS in their last 11 games after accumulating less than 170 yards passing in their previous game.

Owls are 5-2 ATS in their last 7 games following a straight up win.