Posted on November 16, 2014 by Brett David Roberts in College Basketball,Headlines 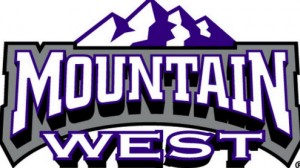 UNLV entered last season with high expectations, and those simply were never met. They finished 20-13 and failed to make the NCAA or NIT tournaments.

The Runnin’ Rebels were just 10-8 in Mountain West conference play and Dave Rice is trying to fix off court issues that have plagued UNLV. The losses of Khem Birch and Roscoe Smith will be addition by subtraction.

UNLV is still a team that is too small. Christian Wood is a notable exception at 6’11” and he is a good shot blocker with nice shooting range on the offensive end. Cody Doolin is going to be counted on heavily to lead this team and he’s going to have to help the influx of freshman adapt to life in the NCAA for UNLV to be a force in the conference.

Doolin is a 6’3” guard in his senior season and the Runnin’ Rebels need steady play from the point guard position this season. He’s a proven D-1 point guard and can run a team, so he should be able to take the talented freshmen UNLV has brought in this season and help them become a good, working team.

Lacking size may be a problem for UNLV this season. Christian Wood (6’11”) is the biggest player and will be a key rotation player for the Rebels. He’s a good shot blocker and can step outside to hit jumpers. Wood should be significantly stronger after spending a lot of time in the weight room this offseason. He needs to diversify his looks instead of settling for jumpers, because Wood has the talent to make plays for himself and others in mid-range.

Jerome Seagers has one season left and averaged 7.1 points and 2.8 assists in three starts last year for Rutgers. He has a lot of talent that may be developed this season, so he’s worth keeping an eye on.

The Bearcats have an experienced team, and return Freshman of the Year Zeek Woodley. He’s a 6’2” guard who will team with 6’9” center Marvin Frazier. The Bearcats were 2nd in the NCAA in points per game last season with 86.6, and bringing in a high scoring JUCO guard in Tony Dobbinson should help Sam Houston continue to score en masse. Dobbinson averaged 22.6 points per game last season at McCook CC and he’ll be instant offense off the bench initially this season.