Posted on January 27, 2014 by Brett David Roberts in Headlines,NBA 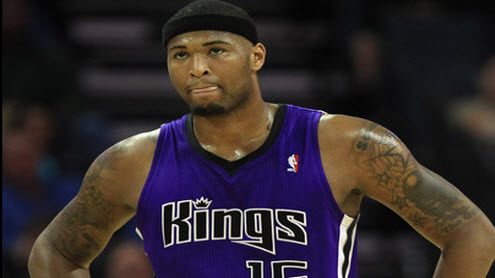 The Utah Jazz have had a rough going this season after losing its starting big men over the offseason. The Jazz are tied with tonight’s opponent, the Sacramento Kings, for the worst record int the Western Conference. NBA oddsmakers at 5dimes are favoring the home team Jazz by six-points over visiting the Kings in NBA action Monday night.

The Kings have dropped three straight playing without Rudy Gay and DeMarcus Cousins. Isaiah Thomas has carried the load and the point guard has proven his weight after being selected last overall in the 2011 NBA draft. Thomas is averaging 20 points and 6.3 assists per game while posting a PER of 21.50 this season.

Cousins has become a major force on the blocks, and will give Utah a lot of problems if he plays tonight. The Kentucky product is averaging 22.6 points and 11.6 rebounds per game this season. Newly-acquired Rudy Gay is averaging 20 points per game, as well. The Kings have scoring options, it’s just a matter of playing better team ball and tightening down on defense.  Both Gay and Cousins are game time decisions.

Utah was able to sneak out a rare victory Saturday night by defeating Washington 104-101. Enes Kanter had 24 points off the bench on 11-of-13 shooting and Gordon Hayward had 16 points, six rebounds and four assists. Hayward is due for a big payday this summer after the Jazz chose not to extend the Butler product over the summer. Kanter has struggled this season, but has very soft touch and is well coordinated for a true seven-footer.