Posted on March 4, 2019 by Brett David Roberts in Headlines,NBA 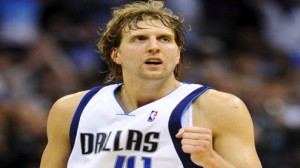 The Brooklyn Nets have lost six of its last 10 games and currently trail No. 6 Detroit  by one-half of a  game. The Nets are 18-16 at home this season. Against the West, Brooklyn has gone just 9-13. It has also lost two of its last three SU at home.

Brooklyn has recently received superb play from Russell, who is looking more like the superstar he was billed to be when the L.A. Lakers drafted him out of Ohio State. Over his last 10 games, Russell has averaged 22.9 points, 6.5 assists, and 3.6 rebounds per game and the Nets have gone 7-3 over that span.

In the month of January, Russell averaged 23 points and seven assists per game, markedly better than his 19 and six on the season. The 6’5” guard is thriving with Spencer Dinwiddie unavailable, as the pair before had (awkwardly) shared the playmaking responsibilities. With Dinwiddie entering free agency this summer, the Nets will have some choices to make with regards to its future 1-man for the rebuild, but this rebuild is bright.

The Nets are playoff contenders and now will be getting its draft picks back after surrendering several to the Boston Celtics as a result of the poorly planned trade that brought the Nets Paul Pierce and Kevin Garnett. While that trade did not work out, the Nets have been scrappy in assembling talents and are a force to be reckoned with already: With a top draft pick joining the fold, this team could reasonably be in the top-4 in the East as soon as next season.

The Dallas Mavericks have lost seven of its last 10, and at 27-35, the team is scarcely a threat to make the postseason—but things have probably never been more promising for Mavericks supporters, at least in recent history. Not only has Luka Doncic shown all the signs of being a true superstar (a 19-year-old one at that), but the Mavs also recently acquired Kristaps Porzingis from the Knicks. While Porzingis is unlikely to suit up this season, if he returns anywhere close to his full form, the Mavericks will possess one of the most unique and talented young duos in the league.

Doncic has been nothing short of incredible. He is averaging 20.7 points and 5.6 assists, playing a point-forward role as one of the most talented playmakers to come into the league in recent history. The Mavericks also parted ways with Harrison Barnes who never really fulfilled the expectations the Mavericks had for him. In his place the Mavericks now have Tim Hardaway Jr, who was acquired as part of the Porzingis trade. It cost the Mavericks the young and talented Dennis Smith, Jr, but he had grown increasingly disgruntled with his diminished role in Dallas’ offense. DeAndre Jordan also headed to New York, which left the Mavericks with something of a hole at the center position, but there are enough talented 4-men to fill the spot for the remainder of this season. While Dallas will not make the playoffs this year, it would be hard to count them out from doing so next season when Porzingis makes his return.