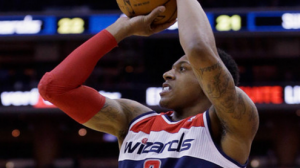 Let’s take our dive into the NBA’s Southeast Division of the Eastern Conference.

The Atlanta Hawks should be prepared to make a leap in its rebuild. The operation begins with the explosive scoring of point guard Trae Young, complemented by a core that contains John Collins, De’Andre Hunter, Clint Capela, Danilo Gallinari, Cam Reddish, and Kevin Huerter. As to which of these many talents steps up and has a big season, it is a matter of guesses. But the Hawks have a lot of talent built up at this point, including Bruno Fernando in the frontcourt and a wild card Rajon Rondo at backup point guard. The Hawks should be in the realm of the 8 to 10 seed for the play-in to the postseason, and that point could be a big coming-out party for Trae Young.

The Charlotte Hornets have an underrated emerging backcourt in Devonte Graham and Terry Rozier, and LaMelo Ball is the most talented guard in the 2020 draft class, so the future should be bright enough at least on the wings, where Miles Bridges and Gordon Hayward could split time at the 3-spot. Bridges will also moonlight at power forward, though PJ Washington is a starter there with plenty of his own promise. Cody Zeller seems to be reaching his peak, but who really knows there. The Hornets have a lot of internal development to occur in this rebuild, but with LaMelo this team could really be entirely different in a few seasons after it adds the pieces around him.

The Miami Heat are the reigning Eastern Conference Champions, and when looking at the roster it is now easy to see why. Bam Adebayo has become an elite center seemingly overnight, and Jimmy Butler has embraced being the No. 1 option of a contending team. Duncan Robinson and Tyler Herro are both flamethrowers at shooting guard, and having role players like Andre Iguodala adds a bit of championship experience. The Heat should be a contending team again in 2020-21, but this season there will be a difference: Its regular season should match the elite level it reached in the 2020 postseason. Herro could become an elite 2-guard and Robinson is already established as an elite shooter with his three-point competition win.

The Heat really could become the East’s top team for a while, and Goran Dragic seems ageless at point guard.

The Orlando Magic have repeatedly tried to rebuild following the now seemingly-ancient exodus of Dwight Howard. Howard is so much older he has become irrelevant, and the team he left in his prime so long ago remains in about the same place. The Magic place a lot of its hopes around veterans whose upsides all remain capped, in Evan Fournier, Nikola Vucevic, and Aaron Gordon. Beyond that, the Magic are without Jonathan Isaac, for this entire season, after he finally emerged as a major defensive threat and viable starter. Mo Bamba is still dealing with COVID complications.

The most exciting cog on the roster is probably Markelle Fultz, who still seemingly offers plenty of the upside that once made him a No. 1 overall pick. The Magic secured Fultz for next to nothing when Philly gave up on him, but it is tough to imagine the Magic being a much better team than it has been any of the last five to ten seasons. It is stuck.

The Washington Wizards have a new face to their team with superstar Russell Westbrook. For all Westbrook is or is not, he is an elite guard who can carry the Wiz to at least a .500 mark. That remains almost certain, but how much better the team can be beyond that, is tougher to guess. Rui Hachimura is made for this era of NBA basketball and should be a future star.

Westbrook could accelerate his rise. Bradley Beal is a legitimate All-Star, but this is Westbrook’s team now. Troy Brown Jr should be a solid swingman, but there are a lot of depth issues on this roster, even if rookie Deni Avdija offers a lot of upside, eventually, when he gets used to NBA ball. The rookie comes from Israel with a great skill set that should make him a versatile frontcourt weapon.