Posted on October 12, 2018 by Brett David Roberts in Headlines,NBA 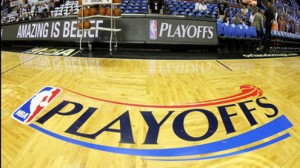 With the NBA season dawning on us, let us take a dive into three Atlantic Division teams to look at some futures betting on Bovada. Each team will be briefly analyzed to determine a bet on the over/under of season wins.

The Boston Celtics are the chic pick to finish atop the East following the offseason movement that saw its No. 1 obstacle in LeBron James migrate Westwards to the L.A. Lakers. All Boston does is return two of its top players to a team that fended quite fine for itself without them. Back from injury are Gordon Hayward and Kyrie Irving, both All-Stars, and both game changers— just more firepower for the already adept Brad Stevens to work within his offense.

Factoring in the expected growth of a sophomore Jayson Tatum, and this Celtics team easily could run the Eastern Conference, though the Toronto Raptors (more on them later) will have its say on matters. Tatum led the Celtics in postseason scoring, looking plenty mature, and there is no way Stevens’ does anything other than start his most five talented players.

Ostensibly, that should be Irving, Jaylen Brown, Hayward, Tatum, and center Al Horford. While the lack of a true power forward may have hurt in eras begone, the Celtics should be fine with five players that skilled lining up alongside one another in the starting lineup. And they are hardly short on depth with Terry Rozier, Marcus Smart and Marcus Morris leading a more than a competent second unit. We like the C’s to just exceed the 59 wins set by Vegas by putting a 60-win season in the books in Beantown. OVER.

The Brooklyn Nets could be a bit of a surprise team in the East, but probably not to the tune of making a postseason appearance. For starters, it relies on the health of one D’Angelo Russell, who appeared to be on the verge of a breakout season a year ago before suffering injuries which sidelined him the majority of the season. Outside of Russell, however, the Nets lack any major game-changing talents.

There is plenty of potential on the roster in the form of Caris LeVert and Allen Crabbe, but neither figures to be much of a star on a team utterly devoid of star talent. All things said, 32 wins are probably about what this team accomplishes, and simply due to the fact that its best player is coming off a year in which he barely played, it is tough to consider an ‘over’ on the Nets. However, the team is also known to be resilient and give a strong effort, from backup and newly acquired Kenneth Faried to DeMarre Carroll’s lockdown defensive efforts. We see 32 being about right and call a PUSH here.

The New York Knicks will be without star forward Kristaps Porzingis for most of this season, if not all of it. Bovada did not release an over/under on season wins for The Knicks, but it did issue a prop bet concerning the playoff chances of this underwhelming group. It set the odds heavily in favor of the Knicks missing the postseason, and Knicks management is probably okay with that: This is a team that is rebuilding and missing its best talent.

Much of its focus will be on developing youngsters like rookie Kevin Knox and free agent acquisition and former No. 5 overall pick Mario Hezonja. Aside from that duo, there are other intriguing prospects from a player development standpoint in the form of Emmanuel Mudiay, Frank Ntilikina, and even the young journeyman Noah Vonleh, but the likelihood of this group producing much more than a 30-win season, at best, and striking out on the playoffs—is slim, to say the least. To settle the postseason prop bet: It’s a bold NO on the Knicks making the playoffs.