Posted on October 29, 2013 by Brett David Roberts in Headlines,NBA 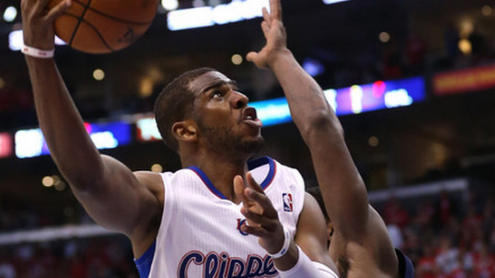 If you’re among those who looked at this line and thought, “When was the last time the Clippers were so much better than the Lakers that they were nearly double-digit favorites?”, the answer to that question would be never. The Clippers, though, for the first time in franchise history have to be rendered legitimate contenders, and it begins with the replacement of Vinny Del Negro at coach. This offseason, the Clips brought in Doc Rivers, and the mentorship with Chris Paul should help the game’s best point guard be even better.

Then, there is the Lakers. The team was eliminated in the first round of the NBA playoffs last year and will be without their franchise legend Kobe Bryant, who is nursing an Achilles injury he suffered in the playoffs. Bryant fell to No. 25 in the ESPN rankings, but there is no dismissing his status as a great in the annals of history. If this injury robs him of a bit more of that athleticism, he’ll continue to be a good player on guile and skill alone, and he’ll likely retire a Laker. But they’ll be without No. 24 tonight.

The Clips are not fully healthy, but will only be missing reserves Matt Barnes and Darren Collison. Collison looked good in the preseason and should be able to nearly eclipse the backup production of Eric Bledsoe, who was dealt to Phoenix. Blake Griffin needs to and should make continued strides developing his offensive game, but the Clippers have said a bigger focus this year will be defense. The team even said it looks to shed its “Lob City” label with a big emphasis on being a hard-nosed defensive team.

The Clips should be able to handle the Lakers in this one, especially with Kobe out. The Lakers may be in for a long, difficult year.

Steve Nash has been battling nagging injuries all preseason and has kind of hit his witching hour. In other words, this is the season we really see Nash affected a lot by age, and that may begin as soon as tonight against Chris Paul. Paul is worlds quicker than Nash and doesn’t ever give up his dribble. Even before age began to take hold, Nash was not a good defender, and the Lakers don’t really have anyone protecting the rim other than a gimpy Chris Kaman. Paul will start slicing the Lakers apart at the snake’s head and distribute to his teammates in a big win.

Check out our paid pick plans for the 2013-14 NBA season here at Maddux Sports!