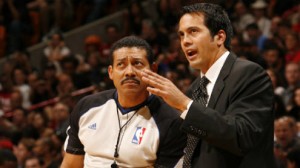 The Miami Heat have won its last four overall and are currently seeded No. 4 in the Eastern Conference. It visits the rising New Orleans Pelicans in the first half of an ESPN Friday night doubleheader. The Heat is 1-point favorites over the Pelicans, in a game with the over/under set at 233.5 total points according to NBA oddsmakers at 5dimes.

At 26-36, the New Orleans Pelicans have formed an identity and some purpose, but now it all comes together with one Zion Williamson back in the fold. A highly vaunted pick and hailing from Duke, Williamson is expected to transform the Pelicans.

The Miami Heat lead the Southeast division as one of the NBA’s early surprise teams. Miami has won its last two and is 40-22 thus far. Miami has won six of its last 10 overall SU.