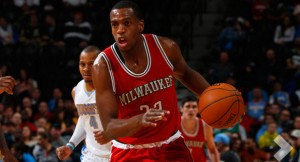 This could be a preview of the NBA Finals. The second half of the ESPN doubleheader has the top teams from each conference crashing, and the Milwaukee Bucks are 1-point favorites over the hosting Los Angeles Lakers at 9:30 PM (CST Friday). The over/under is set at 229 total points according to NBA oddsmakers at 5dimes.

The Los Angeles Lakers are now 47-13. It is currently seated atop the Western Conference with a five-game lead over the No. 2 seeded Denver Nuggets. The Lakers have won nine of its last 10.

Milwaukee has been outstanding thus far and has wholly dominated its competition with its 53-9 record thus far. Milwaukee is 19-4 against Western Conference opponents.

The Bucks are No. 1 NBA in scoring at 119.6 points per game, and it allows just 106.9 per game. The Bucks have a win differential of +12.8 points. Milwaukee is the league’s best rebounding team, too, averaging 51.8 boards per contest.

Veteran center Brook Lopez has been somewhat effective, but his 30.4 percent three-point shooting on 4.8 attempts per game certainly helps keep defenses honest and spreads the court for the Bucks. Lastly, Donte DiVincenzo has stepped into the same role he served at Villanova for the Bucks. He is providing a spark. The second-year guard is averaging 8.4 points and 4.6 rebounds in just 22.6 minutes per game. He has also started 20 games this season. The Bucks are legitimate contenders, now that the Warriors dynasty has come to its end, and also because LeBron James headed to the Western Conference. He’s back, tonight, but the Bucks can dodge this matchup until the Finals (obviously). Tonight’s game could be a bit of a statement maker for both teams.