Posted on April 1, 2015 by Brett David Roberts in Headlines,NBA 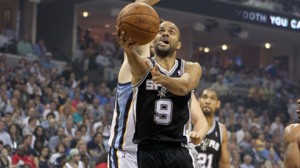 The Orlando Magic are just 22-52 on the season and struggling just to stay in games. Getting a victory over San Antonio would be a good way for the team to close out a homestand that has proven difficult.

Orlando has a 10-27 record at the Amway Center where it will host the Spurs as 10.5 point underdogs to San Antonio in live NBA odds. The betting total is set at 197, and for an explanation of how to bet this, see our NBA odds explained.

The Magic won 111-104 over Portland to begin the homestand but has since dropped to Denver, Atlanta and Detroit. As double-digit underdogs, the Magic will rely on the trapping defense of Victor Oladipo and Elfrid Payton to keep it in this game.

The talented duo has been functioning well together particularly in recent games. Between the two guards, the Magic received nine assists in the first quarter of the loss to the Pistons, while the rest of the team accounted for just one field goal without Payton or Oladipo either scoring or assisting on it.

The backcourt is the one spot in the Magic’s attack that will not be radically altered this off season, all other aspects (even Nikola Vucevic with this year’s draft crop) are subject to change. Perhaps that should be a given considering the team has made no notable improvements from the last two seasons.

It has resulted in Jacque Vaughn’s firing, and interim coach James Borrego is faring no better, as the players have likely already begun looking ahead to summer vacations. That fact alone, Orlando’s lack of motivation to win these games, should be enough for bettors to consider betting the Spurs on covering this spread.

In the loss to Detroit, the defense of Oladipo and Payton seemed not to matter much. Detroit’s trade acquisition Reggie Jackson shined, going 9 of 19 from the field en route to a triple double with 26 points, 10 assists and 11 rebounds. In the game in December, Andre Drummond abused the Magic’s front court, but was held to just nine rebounds in the last affair.

Even so, with San Antonio’s tough frontcourt, Dewayne Dedmon and Vucevic will need to attack the glass much harder than done so in recent games. While Orlando was just negative-1 on the glass against the Pistons, making sure not to give the Spurs any second chance points could be the difference between staying in this game or being (predictably) blown out.

Dedmon is dealing with an ankle injury that has held him out, but he is questionable for this game. In addition to his absence, the Magic are likely without Evan Fournier for the remainder of the season. Devyn Marble is out, but that’s scarcely of any importance.

As for the Spurs, it is kind of the sleeping giant in the West. 48-26 isn’t a typical San Antonio-type record, but the team is capable of adjusting the knob in the postseason to dominate in typical Spurs fashion. There are few even that consider the two teams ahead of the Spurs in the Southwest Division to be much better, Houston and Memphis. To note, the Spurs have been turning it on as winners of its last four games.

2014 Finals MVP Kawhi Leonard appears ready to seize the reigns of this team as it transitions into the next era. He’s led the team in scoring (16.2 per) while also being the only Spur to see over 30 minutes of play per game (32.1). Tim Duncan has not slowed down much, after making another ALl-Star team, while posting 13.9 points, 9.2 rebounds, three assists and 2.75 blocks/steals per game. In fact Duncan is posting a PER of 22.1, which leads all Spurs (Leonard, 21.4, is second).