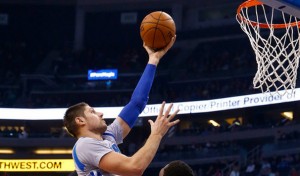 The Miami Heat has won its last three overall to improve to 39-22 on the season. It leads the No. 8 seeded Orlando Magic by an impressive 12 games in the Eastern Conference standings. Miami hosts Orlando as 7.5-point favorites on NBA League Pass Wednesday at 6:30 PM (CST). The point total is set at 219.5 according to NBA oddsmakers at 5dimes.

The Orlando Magic have to be somewhat pleased with its internal progress. At 27-34 and in possession of a No. 8 seed, the Magic are reeling. It will likely be without Aaron Gordon tonight, as well, as he tends to some knee tendonitis in his right kneecap. Without Gordon, expect Evan Fournier and Nikola Vucevic to step up and supplant Gordon’s (albeit, inconsistent) production. Gordon is listed as a game-time decision, but his comments regarding the swelling in his knee seemed ominous. Orlando is already without Jonathan Isaac, so without both of its forwards now is the time for new bodies to emerge. Wesley Iwundu is still hardly seeing minutes, and the Magic seems as directionless as ever.

The Miami Heat lead the Southeast division as one of the NBA’s early surprise teams. Miami has won its last two and is 39-22 thus far. Miami has won just five of its last 10 overall, though.

The Heat seems to be really adapting to having Jimmy Butler as its leader. He has increased the defensive intensity, and Miami’s offense ranks No. 13 at 112.7 points per game while holding opponents to 109.2, a win differential of +3.5 points.