Posted on April 2, 2017 by Brett David Roberts in Headlines,NBA 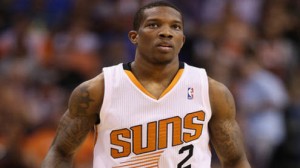 Phoenix has dropped 10-straight games and is the third-worst team in the league, behind (in the tanking standings) only the L.A. Lakers and Brooklyn Nets. The Suns have been pleased with the play of its youngsters, but the team does not shoot the ball well for having such a guard-heavy roster.

Eric Bledsoe may end up becoming trade bait should the Suns secure a top-three pick in the 2017 draft, which is loaded with point guards. Devin Booker has solidified himself as the franchise’s star player at the 2-guard spot, and it makes more sense to pair a “true” point guard with him, than the explosive but poor-shooting Bledsoe.

Phoenix also has a glut of talented young forwards, including Alan Williams, Dragan Bender and Marquese Chriss. All three should eventually be good players, and Williams has already been playing some very effective ball in the post. Phoenix has a nice bevy of young players to build around, but Jeff Hornacek’s 2018 roster should ideally feature another veteran outside of Tyson Chandler, who has done his job as the elder statesmen in Phoenix.

For a 22-win team, the Suns should have a lot of hope, and this draft could yield another GM for the Suns. Given all the hype around the L.A. Lakers core, the Suns likely have the more promising immediate future, even considering the Lakers seem to be a sure bet to land Paul George in the summer of 2018 when he becomes an unrestricted free agent. The Suns may not strike free agent gold, but it also may not need to.

James Harden and the Rockets have been hot. Houston has won six of its past 10 SU, and is 23-15 on the road this season. Houston has lost its past two contests, to the Portland Trail Blazers and Golden State Warriors, but those ‘Ls’ were preceded by four-consecutive wins, including back-to0back wins over the surging Denver Nuggets.

Houston sits at No.3 in the West, and has to be thought of in some senses as legitimate contenders, given both their record and the fact that Harden himself represents one of the league’s premier talents.

While Harden’s postseason track record has been spotty at best, that potentially could lend to the notion that this is his, and Mike D’Antoni’s, season. Houston could potentially shock any of the top NBA teams, because the Rockets can fill it up. And this is a scoring era. While many may deride Harden’s defensive efforts, and D’Antoni’s lack of philosophies regarding defense in general—but Houston is winning, and that is what matters to Houston. While the model may not yield long-term postseason success, this is D’Antoni’s latest and perhaps most brilliant iteration of it.

Rather than basing it on several talents as he did with Steve Nash, Shawn Marion and Amare Stoudemire, he is doing it mostly on the hands of James Harden. Harden made the move to point guard at D’Antoni’s behest, and the result is that Beard now leads the league in assists. It is hard to question the mind of D’Antoni from an offensive perspective, but the matter remains whether that style of coaching, can, in fact, produce the elusive and coveted rings.