Posted on April 22, 2014 by Brett David Roberts in Headlines,NBA 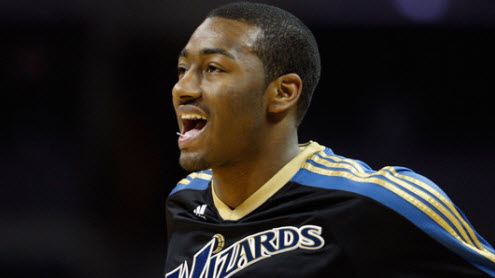 The Washington Wizards upset the Bulls 102-93 in Game One and will look to leap out to a 2-0 series advantage with a second straight victory at the United Center.

The Bulls are 5.5 point favorites over Washington according to NBA oddsmakers at Bovada.

The Wiz got strong contributions from all five starters in game one. Nene Hilario battered 2014 Defensive Player of the Year Joakim Noah for 28 points on 11-of-17 shooting. The Wizards’ backcourt of Bradley Beal and John Wall struggled shooting the ball, connecting on a combined 7-of-25. Washington also got very little production from its bench, with Andre Miller (10 points) making the only noteworthy contribution.

The Bulls are a team rich in defense but poor in scoring options. Chicago had seven players in double figures in Game One, but no one scored more than 16. And 90 to 95 points is really topping out for this Bulls squad. It wasn’t expected to be lacking both Derrick Rose and Luol Deng.

With D.J. Augustin as the de facto No. 1 option on offense, it can be hard to come by points at times. Carlos Boozer once would have been able to shoulder that kind of load, but he is a far cry from the 20/10 force he was while in Utah.

Accordingly, Tom Thibodeau has to milk what offense he can from Augustin, Jimmy Butler, Boozer, and Joakim Noah. Noah did not perform quite as well as he had been in recent weeks, having a down game with 10 points, 10 rebounds and four assists. The Bulls will need Noah to spearhead more than eight baskets if it is to defeat the Wiz here in game two.