The Tigers are an overvalued favorite with a rookie making just his third career start, but the Orioles can’t be trusted anywhere. 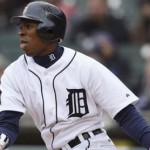 Baltimore avoided a three-game sweep on Sunday by defeating the Boston Red Sox, 6-1, at Fenway Park.  The Orioles have lost 16 straight road series dating back to last September.  The offense has been a major weakness for the last place club in the AL East, managing to be shut out or score one run 21 times and have scored three runs or fewer 46 times in the first 80 games of the season.  With the low-scoring from the Orioles, the total in their games stands at 33-44-3 O/U for the season.  Baltimore is hitting a combined .242 on the road and scoring an average of just 3.1 runs.

Orioles starting pitcher Kevin Milwood is 2-8 with a 5.40 ERA in 17 starts this season (-60) and comes in with a two-game winning streak.  The right-hander has led the club to three straight victories, but has still allowed 12 runs and 23 hits over 16 innings over that span.  He is 1-5 with a 5.04 ERA in eight road starts this season (-520), as opposing hitters have batted a combined .301 against him.  Milwood is looking for his first daytime victory, going 0-3 with a 5.67 ERA in six afternoon starts.  In 13 career starts against the Tigers, he stands at 4-5 with a 3.65 ERA, including an even 2-2 record and 2.83 ERA in five outings at Comerica Park.

Detroit has won five straight series at Comerica Park and is primed to move it to six, as the club has won five of six against the Orioles and are 9-4 at home against them since the start of the 2006 season.  The Tigers enter today’s game having won 12 of the club’s last 14 games at home dating back to June 2.  For the season, Detroit stands at 27-12 at Comerica Park (+1,290) and leads all AL clubs with a .692 winning percentage at home.  Both 1B Miguel Cabrera and closer Jose Valverde were named to the 2010 All-Star team on Sunday, marking the fifth and second appearance respectively for the two.

Tigers starting pitcher Andy Oliver is 0-2 with a 3.00 ERA in his first two career starts (-200), with the offense providing just two runs of support.  Monday afternoon will be his first opportunity to throw in front of the home crowd, as both starts this season have come on the road.  Oliver was solid in 14 starts at Double-A Erie before getting the call up, going 6-4 wit ha 3.61 ERA.  With a quality start this afternoon against the Orioles, Oliver would become the first Tigers pitcher with a quality start in each of his first three MLB starts since 1989.

Bettors will be hard-pressed to bet a third-time starter that is 0-2 on the year at this inflated price.  Granted, the Orioles have been atrocious in any ball park all season, especially against winning clubs (10-38, -2,260).  With Baltimore picking up just its 25th win on Sunday, it’s important to note the total is 14-9 O/U in games after a win.