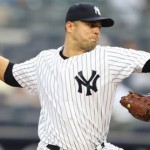 Red Sox starting pitcher Clay Buchholz is 11-5 with a 2.59 ERA in 18 starts this season and has led the team to consecutive victories.  In those outings, he has allowed just three runs (two earned) and seven hits over 15 innings.  He is 6-2 with a 2.36 ERA in nine road starts, as opponents are hitting for a combined .219 average.  The right-hander is a sparkling 10-3 with a 1.94 ERA in 13 nighttime starts in comparison to a 1-2 mark and 5.09 ERA during the day.  In four career starts against the Yankees, Buchholz is 0-2 with a 6.53 ERA, including a 14-3 home loss on May 8.  He surrendered six runs (five earned) and nine hits in five innings of work in that contest.

New York leads the AL East by just a half game and is hoping to bury the third place Red Sox over the weekend.  “Obviously, we’ve got an important series coming up,” said manager Joe Girardi.  Both teams are tied for the second-best record in the Majors since the last time they met, with their 41-26 marks behind only the Chicago White Sox.  The Yankees are 25-16 against divisional opponents this year (+280) and the total stands at 24-15 O/U in those games.  Enjoying a summer break on Thursday, the team is looking to improve upon its 8-5 mark when playing with a day off this season (-10), while producing an even 27-27 record the last three years (-1,050).  New York plays 12 of its next 18 games at Yankee Stadium, a place where they’ve compiled an impressive 35-17 record (+320).